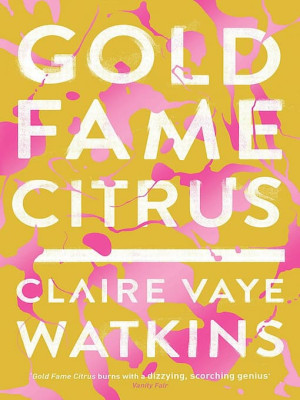 Inspired by Jessie Greengrass' The High House, this month's Wild Reads theme is human connection to nature and the decisions we make that influence our planet.

Explore our supporting titles on climate fiction and how we can all make a difference, or browswe our recommended audiobooks on BorrowBox.

Find out more about Wild Reads.

Wandering a desolate post-apocalyptic landscape, speaking a broken-down English lost after the end of civilisation, Riddley Walker sets out to find out what brought humanity here. This is his story.

The year of the flood, by Margaret Atwood

Adam One - the kindly leader of the God's Gardeners - has long predicted the waterless flood. Now it has occurred, obliterating most human life. By turns dark, tender, violent, thoughtful and uneasily hilarious, 'The Year of the Flood' is a testament to Atwood's visionary power.

Borrow The year of the flood →

Salvage the bones, by Jesmyn Ward

A hurricane is building over the Gulf of Mexico, threatening the coastal town of Bois Sauvage, Mississippi, and Esch's father is growing concerned. He's a hard drinker, largely absent, and it isn't often he worries about the family. Esch and her three brothers are stockpiling food, but there isn't much to save. Lately, Esch can't keep down what food she gets; at fifteen, she has just realised that she's pregnant. Her brother Skeetah is sneaking scraps for his prized pit bull's new litter, dying one by one.

Meanwhile, brothers Randall and Junior try to stake their claim in a family long on child's play and short on parenting. As the twelve days that make up the novel's framework yield to a dramatic conclusion, this unforgettable family - motherless children sacrificing for one another as they can, protecting and nurturing where love is scarce - pulls itself up to face another day.

The Ministry for the Future, by Kim Stanley Robinson

Established in 2025, the purpose of the new organisation was simple: To advocate for the world's future generations and to protect all living creatures, present and future. It soon became known as the Ministry for the Future, and this is its story. From legendary science fiction author Kim Stanley Robinson comes a vision of climate change unlike any ever imagined. Told entirely through fictional eye-witness accounts, 'The Ministry For The Future' is a masterpiece of the imagination, the story of how climate change will affect us all over the decades to come.

Borrow The Ministry for the Future →

Future home of the living god, by Louise Erdrich

The world as we know it is ending. Evolution has reversed itself, affecting every living creature on earth. Science cannot stop the world from running backwards, as woman after woman gives birth to infants that appear to be primitive species of humans. 32-year-old Cedar Hawk Songmaker, adopted daughter of open-minded Minneapolis liberals, is as disturbed as the rest of America around her.

But for Cedar, this change is profound and deeply personal. She is four months pregnant. Cedar feels compelled to find her birth mother, Mary Potts, an Ojibwe living on the reservation, to understand both her and her baby's origins. As Cedar goes back to her own biological beginnings, society around her begins to disintegrate, fuelled by a swelling panic about the end of humanity. It will take all Cedar has to avoid the prying eyes of potential informants and keep her baby safe.

The children of men, by P.D. James

The year is 2021. No child has been born for a quarter of a century. The human race faces extinction. Under the despotic rule of Xan Lyppiatt, Warden of England, the old are despairing, the young beautiful but cruel.

Borrow The children of men →

Moving backwards and forwards in time, from the glittering years just before the collapse to the strange and altered world that exists 20 years after, 'Station Eleven' charts the unexpected twists of fate that connect six people: famous actor Arthur Leander; Jeevan - warned about the flu just in time; Arthur's first wife Miranda; Arthur's oldest friend Clark; Kirsten, a young actress with the Travelling Symphony; and the mysterious and self-proclaimed 'prophet'.

Sarat Chestnut, born in Louisiana, is only six when the Second American Civil War breaks out in 2074. But even she knows that oil is outlawed, that Louisiana is half underwater, that unmanned drones fill the sky. And when her father is killed and her family is forced into Camp Patience for displaced persons, she quickly begins to be shaped by her particular time and place until, finally, through the influence of a mysterious functionary, she is turned into a deadly instrument of war.

Desert sands have laid waste to the south-west of America. Las Vegas is buried. California - and anyone still there - is stranded. Any way out is severely restricted. But Luz and Ray are not leaving. They survive on water rations, black market fruit and each other's need. Luz needs Ray, and Ray must be needed. On the night of the raindance, Ig explodes into their fragile family like a miniature missile.

Two years old, undernourished, wild - the toddler needs Luz more than anyone. So they steal her. The only way to save themselves now is to escape. It's said there's a man on the edge of the Dune Sea. He leads a camp of believers. He can find water. Venturing into this dry heart of darkness, Luz thinks she has found their saviour. For the will to survive taps hidden powers; and the needed, and the needy, will exploit it.

The drowned world, by J.G. Ballard

This fast-paced narrative by the author of 'Crash' and 'Empire of the Sun' is a stunning evocation of a flooded, tropical London of the near future and a foray into the workings of the unconscious mind.