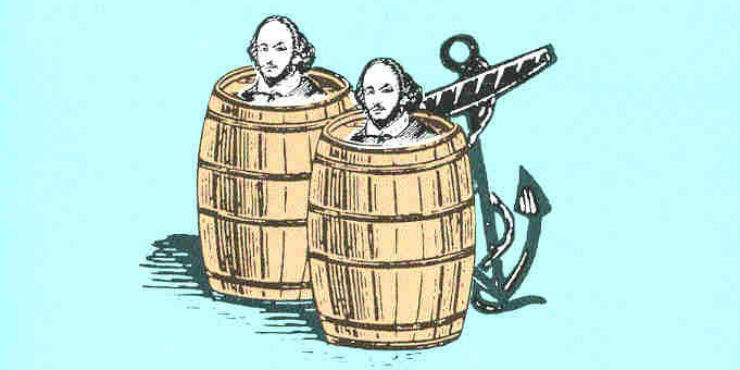 "We do on stage the things that are supposed to happen off." Tom Stoppard’s most famous play is exactly that; following two minor characters from Hamlet, Stoppard’s 1966 play could be described as a behind-the-scenes peek at the most dodgy Danish court in literature. But that would only scratch the metaphorical surface.

Rosencrantz and Guildenstern suffer from a common post-modern literary condition; the unsettling suspicion that they are both actually fictional. With only small appearances in Shakespeare’s play, in Stoppard’s version, Rosencrantz and Guildenstern find themselves at a loose end for much of the time, left to hang around with little idea of what exactly is going on. As a great comedy writer, Stoppard manages this plot – or lack of it – with finesse. Whereas Shakespeare creates an obsequious, unlikeable pair, you can’t help but feel for Stoppard’s reluctant protagonists, who worry about how to engage the ‘stark raving sane’ Hamlet in conversation, who are bemused by the continuous exits and entrances of the rest of the cast, and who are, in the end, simply trying to follow bewildering instructions from on high as best they can.

It’s not a novel, but it’s still a page-turner, as you follow Ros and Guil through the mires of fictional existential crisis to their untimely end (which, considering the title, shouldn’t be too much of a surprise.) In Shakespeare’s entirely different play, Hamlet agonises famously over ‘to be or not to be’; in Stoppard’s quirky, undefinable masterpiece, Rosencrantz advises, "I wouldn’t think about it, if I were you. You’d only get depressed."

Order Rosencrantz and Guildenstern are dead from our catalogue →