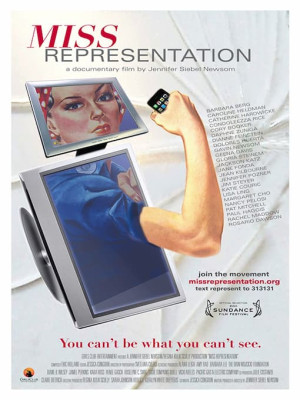 Take a look at our top Kanopy picks on the power of news and media, free to watch on our streaming service Kanopy.

Find out more about our Breaking the News exhibition.

This program focuses on those who work as media professionals whether they are public relations specialists, journalists, photojournalists, advertising executives, newspaper editors or camera operators. In the media it's not just about what we say but what we show and how we show it. Visuals, whether they are video, photos, or how we put together photos and words, often have more impact and more credibility than words alone. This program includes interviews with journalists from the Washington Post and USA Today.com who talk about ethical standards at both print and on-line newspapers.

The media regularly use public opinion polls in their reporting of important news stories. But how exactly do they report them and to what end? In this insightful and accessible interview, Professor Justin Lewis demonstrates the way in which polling data are themselves used by the media to not just reflect what Americans think but instead to construct public opinion itself. Addressing vital issues (e.g., the role the media play in "manufacturing consent" for political elites, what polls really tell us about public opinion, what Americans actually think about politics), Constructing Public Opinion provides a new way to think about the relationship between politics, media and the public.

The Evolution of Media and Misinformation

Content is at our fingertips from traditional news sources, but anyone can now be a publisher of information on the internet, and computer algorithms are influencing what you see every day. How do we sort the legitimate news from false, misleading, or opinion content? Travel through the history of communication technology as you learn how to separate the wheat from the chaff.

Watch The Evolution of Media and Misinformation →

Independent Media in a Time of War

In this important, powerful, and timely lecture, Amy Goodman -- independent journalist and host of the popular radio show Democracy Now! -- speaks about the corporate media's coverage of the 2003 Iraq War. She discusses the way that the U.S. media downplayed civilian causalities and glorified military combat, and she asks her audience to consider the costs of coverage that is both sanitized and sensationalized. At the core of her lecture is a deep commitment to the ethics of journalism -- she believes that the role of reporters is to ferret out the facts, to question those in power, and to "go to where the silence is, and say something." Goodman uses the concrete example of the Iraq war to ask her audience to grapple with a larger question -- what impact does the commercialization and consolidation of the media industry have on journalism and democracy?

Watch Indepenent Media in a Time of War →

Most people think of "audience" as those who watch television, listen to the radio, read a magazine or newspaper or surf the web but "media are businesses." In the same way a hardware store sells nuts and bolts, the media sell product - YOU - the audience. Guaranteeing an audience to advertisers is what the media do and it has to be the "right" audience - those with money to spend on the advertised product or products. Thisprogram examines the concepts of demographics, psychographics, howratings affect media, targeting and on-line advertising.

Like drawing back a curtain to let bright light stream in, Miss Representation uncovers a glaring reality we live with every day but fail to see. Written and directed by Jennifer Siebel Newsom, the film exposes how mainstream media contributes to the under-representation of women in positions of power and influence in America. The film challenges the media's limited and often disparaging portrayals of women and girls, which make it difficult for women to achieve leadership positions and for the average woman to feel powerful herself.

The Media and the Internet

You'd never believe people who told you they lived off air only, never eating. Yet one "Breatharian" couple received widespread media coverage on the internet, broadcast sites, and in print. Why are we so gullible? Learn how to think like a skeptic when reading news in any medium, remembering that while internet "clickbait" races continue to be faster and faster, real science is slow and steady.

Watch The Media and the Internet →

Greta Thunberg: Rebel With a Cause

Never afraid to speak the harsh and terrifying truths of impending climate disaster Greta is taking on the world for the ultimate cause.

Watch Greta Thunberg: Rebel With a Cause →