Our member organisations elect our board. 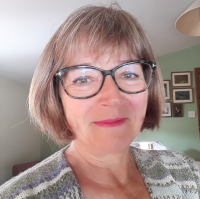 Upon moving to Suffolk in the summer of 2013 Debra was delighted to find a library just five minutes’ walk from home. Debra is proud of Suffolk Libraries when talking to friends from other parts of the country who mourn the loss of their own local library service. She also believes libraries are civilising spaces, gateways to knowledge and to the imagination, portals to other worlds. She feels that libraries are deeply social, connecting and that they enrich us in so many ways. To demonstrate her appreciation and support she joined the Friends of Ixworth Library in 2016 and became Chair in 2017.

Debra grew up in the north east of England, taking a degree in English and Drama and later an MA in Urban Studies. She has worked largely in the art, community engagement and latterly entertainment sector, including Community Arts, community liaison, the first Art Officer for Lea Valley Park and as a Director of Performing Arts and later Deputy Chief Executive with South East Arts, the Arts Council’s south east regional office. After a spell in consultancy she worked with Lakin McCarthy Entertainments, booking talent into arts venues and festivals across the UK before retiring in 2018. 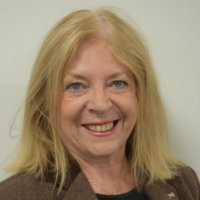 Maureen has been the chair of the Friends of Ipswich County Library for almost two years; she brings great enthusiasm to the role. She is experienced in media, having worked for the BBC and lectured in Media Studies at New Suffolk College.

In earlier years, Maureen worked for Cambridgeshire libraries and when her children were small, ran some story time sessions in Gainsborough and Ipswich libraries. As a teacher, she has worked with students of many nationalities and varied ages and has seen at first hand the need for good books that are readily available to aid research and lead to qualifications that enhance a person’s life and self-esteem. Maureen’s personal interests include reading and early music. 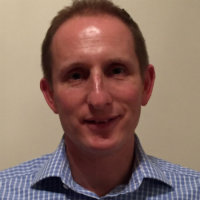 Bruce joined Suffolk Libraries as our new chief executive in February 2018. As the chief executive officer he is accountable to the board for the day to day management of the organisation and is also a member of the Board.

Bruce spent the early part of his career in the commercial conference sector for large publishing companies, before moving into the charity sector. He worked for the Institute of Fundraising where he was director of events, before becoming chief operating officer and then interim CEO.

He was regional director for St John Ambulance for five years, with responsibility for the charity’s activities in East Anglia and then a larger area covering 12 counties in Eastern Britain. At St John Ambulance his remit covered the work of 7,000 volunteers and first aid cover at 6,500 events a year. 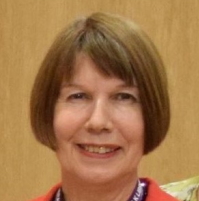 Liz has been a trustee of Kesgrave Library Community Group since 2012 and as Secretary has been active in attracting funding and grants to support the library and its outreach project to extend children’s literacy development and awareness of the library within the community. A keen reader herself, Liz belongs to two book groups and submits book reviews for the Suffolk Libraries website on their behalf. Her support of Kesgrave Library ranges from selling raffle tickets to leading storytime sessions, making cakes for events and writing their press releases to volunteering for the Summer Reading Challenge. Liz’s enthusiastic commitment to supporting and promoting Suffolk Libraries was recognised in 2016 when she was one of the first to receive a Volunteer Award.

With a career of over thirty years in education, Liz has taught all ages from nursery to seniors, in all sectors, in Italy and London, including teaching Italian and in an adult literacy programme. For thirteen years she was the Teaching Head of a local village primary school. The school at the time of her retirement in 2012 was recognised by Ofsted as Outstanding, held an Artsmark Gold Award, Investor in People Distinction Award and was at the forefront of regional and national initiatives. Her aim has always been to make learning fun and extend opportunities for all. 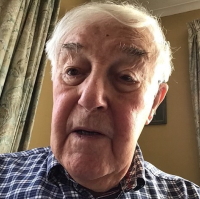 Derrick’s interest in Thurston Library began from before the library was first opened. As Chair of Thurston Parish Council at the time, he was part of the team which worked to create a library for the benefit of the whole community, developing what was originally the sixth form library. Derrick has been a member of the Friends group since its formation.

Derrick was also a district councillor from 2003-2019, leader of the council for four years and portfolio holder for finance for nine years. He was also a member of Suffolk County Council’s Health Scrutiny and Pensions committees. He was also a trustee for Bury St Edmunds Citizens Advice Bureau, including chairing the board.

Derrick has experience in devleoping strategies and establishing and monitoring policies whilst still maintaining the vision and values of organisations. 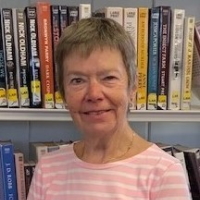 Kathy has always been an avid reader and found a local library an essential way of getting access to books. In 2012 she became treasurer of the Friends of Southwold Library. The Friends have hosted many successful events with a loyal following.

A graduate in maths and physics, Kathy spent 11 years in education working with 11-18-year olds. In 1978 she changed direction joining the John Lewis Partnership as a Registrar, a critical non-executive member of senior management ensuring Partnership principles were followed, acting as an ombudsman in staff disputes and assisting staff with personal problems. Towards the latter part of her John Lewis career, Kathy launched a self-catering holiday home business in Southwold which became her main job.

Within the local community Kathy is also a trustee of a local housing trust, and a regular driver for a voluntary help centre.

Tony worked in marketing after graduating from Oxford with a degree in English. He's worked with brands such as Beecham, Perrier and NatWest.

He moved to Suffolk in 1991 when he was appointed director of Management Education by the University of East Anglia. He subsequently held senior academic and management roles at UEA, including dean of Continuing Education, and Business Development director.

He has led successful bids to national and regional funding bodies, and implemented change management programmes with, among others, Virgin and Norfolk Constabulary. 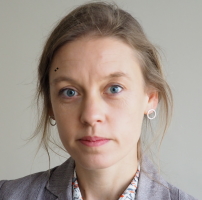 Rebecca moved to the East of England in 2017 and feels she has found her spiritual home here. She is a graduate from Oxford University and the Guildhall School of Music and Drama and is currently an Executive Headteacher and Trust Director for ASSET Education. She was previously a regional lead for a national MAT in London and Buckinghamshire and the founder of a community arts social enterprise in Hertfordshire.

Rebecca is interested in systems thinking, holistic and spiritual leadership, inclusion and diversity, permaculture models and is an avid reader. She was given Matilda on her 8th birthday and read it from cover to cover in one sitting. She is a Quaker, believes in the power of community and human connection, and loves working in Ipswich. 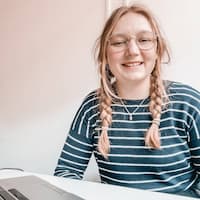 Belle is an avid reader, campaigner, and tea drinker.

She graduated from the University of Roehampton with a First Class Honours in Creative Writing and Theatre, wanting to change the world through the power of words.

She has run a viral campaign called 'Stay Loud' that encouraged Google to create wheelchair friendly routes on their maps, and then talked about her experience in a TEDx talk. She has had been looking for ways to continue this fight for positive change and the opportunity to become a board member was a perfect one.

After realising that Suffolk would be her forever home, and having worked in a charity, this was a great fit.

Krupa sees libraries as dynamic community spaces. She is a keen reader and used the library frequently throughout her school and university years.

She believes libraries are changing and need to further diversify the range of services they offer in order to retain their current visitor base, attract a wider section of the community and ensure viability.

Her background is in the legal sector and she is an independent school appeals panel member at Sheffield City Council. She brings a pragmatic, strategic vision to the board alongside a young person’s perspective.