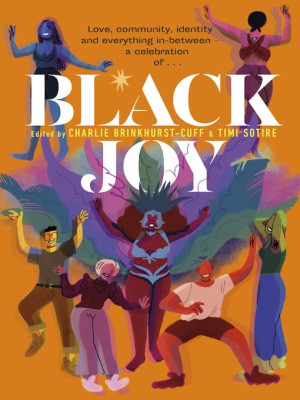 To mark Stephen Lawrence Day on 22 April, explore our recommended books on diversity, empathy and anti-racism for young adults.

Take a look at our recommended titles for children and for adults.

The hate u give, by Angie Thomas

Starr Carter's world is shattered when she is the only witness to the fatal shooting of her unarmed best friend, Khalil, by a police officer. Now what Starr says could destroy her community. It could also get her killed.

Borrow The hate u give →

When Amber runs, it's the only time she feels completely free - far away from her claustrophobic home life. Her father wants her to be a dutiful daughter, waiting for an arranged marriage like her sister Ruby. Running is a quiet rebellion. But Amber wants so much more - and she's ready to fight for it. It's time for a revolution.

The bone sparrow, by Zana Fraillon

Subhi is a refugee. Born in a detention centre, all he knows of the world is that he's at least 19 fence diamonds high, that the nice jackets never stay long, and at night the sea finds its way to his tent, bringing with it unusual treasures. Bringing him Jimmie. Jimmie lives on the Outside. Carrying a notebook that she's unable to read and wearing a sparrow made out of bone around her neck - both talismans of her family's past and the mother she's lost - she strikes up an unlikely friendship with Subhi across the fence. As he reads aloud the tale of how Jimmie's family came to be, both children discover the importance of their own stories in writing their futures.

Silence is not an option: you can impact the world for change, by Stuart Lawrence

Silence is NEVER an option - stand up, speak out, be the difference. In this book, Stuart Lawrence talks about what he has learned from life - the tools that have helped him live positively and kept him moving forwards when times have been tough.

Borrow Silence is not an option →

I am thunder, by Muhammad Khan

15-year-old Muzna Saleem is passionate about writing and dreams of becoming a novelist. There's just one problem - her super-controlling parents have already planned her life out for her: Step 1: Get educated. Step 2: Qualify as a doctor. Step 3: Marry a cousin from Pakistan. Oh, and boyfriends are totally haram.

No one is more surprised than humble Muzna when high school hottie, Arif Malik, takes an interest in her. But Arif and his brother are angry at the West for demonising Islam and hiding a terrible secret. As Arif begins to lead Muzna down a dark path, she faces a terrible choice: keep quiet and betray her beliefs, or speak up and betray her heart?

Borrow I am thunder →

Nigerian hall parties. Black girl gangs. Being at one with nature. Creating a home. Finding love. Belonging to a fandom. Joy can be found in many places. Bringing together the most exciting Black British voices today, 'Black Joy' is an extraordinary anthology that celebrates everything that is brilliant and beautiful about being Black British.

Living while black: the essential guide to overcoming racial trauma, by Guilaine Kinouani

For Black people, the list of everyday activities that lead to racial aggression can feel endless: from driving to jogging, and birding to shopping. But blackness is about so much more. Based on her popular anti-racism blog, 'Race Reflections', psychologist Guilaine Kinouani writes about how racism influences wellbeing.

Uncomfortable conversations with a black boy, by Emmanual Acho

Former American football player Emmanuel Acho addresses the awkward questions white and other non-black people have been afraid to ask and don't know how to answer. Drawing from his own experiences, Emmanuel creates a safe space for curious young people and their parents to find answers to difficult questions about race and racism. This essential book will help support readers to dismantle racism and be the drivers of change in their own lives, schools and communities.

Maybe I don't belong here: a memoir of race, identity, breakdown and recovery, by David Harewood

A groundbreaking account of the effects of everyday racism on the identity and mental health of Black British men, explored through the lens of Homeland and Supergirl actor David Harewood's personal experience.

Girl, woman, other, by Bernardine Evaristo

Girl, Woman, Other follows the lives and struggles of twelve very different characters. Mostly women, black and British, they tell the stories of their families, friends, and lovers, across the country and through the years.

Over a series of wry, informed chapters, Emma Dabiri takes us from pre-colonial Africa, through the Harlem Renaissance, Black Power and on to today's Natural Hair Movement, the Cultural Appropriation Wars and beyond. We look at everything from hair capitalists like Madam C.J. Walker in the early 1900s to the rise of Shea Moisture today, from women's solidarity and friendship to 'black people time', forgotten African scholars and the dubious provenance of Kim Kardashian's braids.

Don't Touch My Hair proves that far from being only hair, black hairstyling culture can be understood as an allegory for black oppression and, ultimately, liberation.

The color purple, by Alice Walker

Set in the deep American South between the wars, The color purple is the classic tale of Celie, a young black girl born into poverty and segregation. Raped repeatedly by the man she calls 'father', she has two children taken away from her, is separated from her beloved sister Nettie and is trapped into an ugly marriage. But then she meets the glamorous Shug Avery, singer and magic-maker - a woman who has taken charge of her own destiny. Gradually Celie discovers the power and joy of her own spirit, freeing her from her past and reuniting her with those she loves.

Voices of the Windrush generation: the real story told by the people themselves, by David Matthews

With over 20 first-hand accounts from men, women, and children of Windrush, this work sheds light on the true impact of one of the most disastrous and damaging scandals in recent memory, and gives a platform to those most affected - those whose voices have yet to be truly heard. Their stories provide intimate, personal and moving perspective on what it means to be black in Britain today, and the heartache the 'hostile environment policy' our government has created has meant for those who have called this country home for half a century and more.

Borrow Voices of the Windrush generation →

A black boy at Eton, by Dillibe Onyeama

Dillibe was the second black boy to study at Eton - joining in 1965 - and the first to complete his education there. Written at just 21, this is a deeply personal, revelatory account of the racism he endured during his time as a student at the prestigious institution. He tells in vivid detail of his own background as the son of a Nigerian judge at the International Court of Justice at The Hague, of his arrival at the school, of the curriculum, of his reception by other boys (and masters), and of his punishments.

He tells, too, of the cruel racial prejudice and his reactions to it, and of the alienation and stereotyping he faced at such a young age. 'A Black Boy at Eton' is a searing, ground-breaking book displaying the deep psychological effects of colonialism and racism.

Borrow A black boy at Eton →

Growing out: black hair and black pride in the swinging 60s, by Barbara Blake Hannah

Travelling over from Jamaica as a teenager, Barbara's journey is remarkable. She finds her footing in TV, and blossoms. Covering incredible celebrity stories, travelling around the world and rubbing shoulders with the likes of Germaine Greer and Michael Caine - her life sparkles. But with the responsibility of being the first black woman reporting on TV comes an enormous amount of pressure, and a flood of hateful letters and complaints from viewers that eventually costs her the job.

In the aftermath of this fallout, she goes through a period of self-discovery that allows her to carve out a new space for herself first in the UK and then back home in Jamaica - one that allows her to embrace and celebrate her black identity, rather than feeling suffocated in her attempts to emulate whiteness and conform to the culture around her.