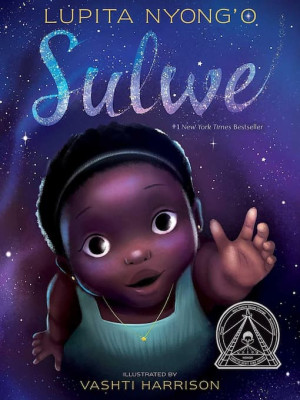 Take a look at our recommended titles for young adults.

An ABC of equality, by Chana Ginelle Ewing

A is for Ability, B is for Belief, C is for Class. All people have the right to be treated fairly, no matter who they are, what they look like or where they come from. 'An ABC of Equality' introduces complicated concepts surrounding social justice to the youngest of children. From A to Z, simple explanations accompanied by engaging artwork teach children about the world we live in and how to navigate our way through it. Each right-hand page includes a brightly decorated letter with the word it stands for and an encouraging slogan. On the left, a colourful illustration and bite-size text sum up the concept.

Borrow An ABC of equality →

Take your first steps with 'Antiracist Baby'! Or, rather, follow Antiracist Baby's nine easy steps for building a more equitable world. With bold illustrations and thoughtful, yet playful, text, 'Antiracist Baby' introduces the youngest readers and the grown ups in their lives to the concept and power of antiracism. Providing the language necessary to begin critical conversations at the earliest age, 'Antiracist Baby' is the perfect gift for readers of all ages dedicated to forming a just society.

All are welcome, by Alexandra Penfold

Follow a group of children through a day in their school, where everyone is welcome. A school where children in patkas, hijabs, baseball caps and yarmulkes play side by side. A school where students grow and learn from each other's traditions.

Borrow All are welcome →

A is for activist, by Innosanto Nagara

'A is for Activist' is an ABC board book written and illustrated for the next generation of progressives: families who want their kids to grow up in a space that is unapologetic about activism, environmental justice, civil rights, LGBTQ rights and everything else that activists believe in and fight for. The alliteration, rhyming and vibrant illustrations make the book exciting for children, while the issues depicted resonate with their parents' values of community, equality and justice. This engaging little book carries huge messages as it inspires hope for the future.

Borrow A is for activist →

The proudest blue, by S. K. Ali and Ibtihaj Muhammad

Asiya's hijab is like the ocean and the sky, no line between them, saying hello with a loud wave. It's Faizah's first day of school, and her older sister Asiya's first day of hijab - made of a beautiful blue fabric. But not everyone sees hijab as beautiful. In the face of hurtful, confusing words, will Faizah find new ways to be strong? This is an uplifting, universal story of new experiences, the unbreakable bond shared by siblings and of being proud of who you are, from Olympic medallist Ibtihaj Muhammad.

Sulwe's skin is the colour of midnight. She's darker than everyone in her family, and everyone at school. All she wants is to be beautiful and bright, like her mother and sister. Then a magical journey through the night sky opens her eyes and changes everything. In this stunning debut picture book, Lupita Nyong'o creates a whimsical and heartwarming story to inspire children to see their own unique beauty.

All about diversity, by Felicity Brooks

This exploration of difference helps young children learn to respond in a kind and equal way to everyone, regardless of shape, size, age, physical and mental ability, gender, ethnicity, beliefs, language, culture, background and so on. With topics ranging from clothes and food to homes, festivals and families, there is plenty for children to talk about as they find out about what makes people different and what makes them unique.

Borrow All about diversity →

My skin, your skin: let's talk about race, racism and empowerment, by Laura Henry-Allain

This is a powerful book to help children and adults have meaningful discussions about race and anti-racism. Most importantly, the book empowers children to be the best versions of themselves; to have self-love, self-esteem and self-worth, irrespective of their skin colour.

Borrow My skin, your skin →

Hey you!, by Dapo Adeola

Remember to dream your own dreams. Keep searching - you will find the right stories for you. Love your beautiful skin. This moving picture book honestly addresses the experiences Black children face growing up with systemic racism, as well as providing hope for the future. Written by award-winning illustrator Dapo Adeola as if speaking to his younger self, the narrative also delivers a poignant, empowering, and deeply affecting message to a new generation of dreamers.

Grace loves to act out stories. When her school decides to perform Peter Pan, Grace longs to play the lead, but her classmates point out that Peter was a boy, and besides, he wasn't black.

The Empire Windrush, by Clive Gifford

In 1948 the Empire Windrush sailed from Jamaica to Britain with over 300 passengers on board. Learn about their fascinating stories and the realities of life in post-war Britain.

The island, by Armin Greder

When the people of the Island discover a man and a tattered raft on their beach, they are reluctant to take him in. He doesn't look like them. But they cannot send him back to the sea where he will surely perish. Instead, they put him aside but even that doesn't solve their problem.

The Island is an astonishing and powerful picture book about refugees, xenophobia, multiculturalism, social politics and human rights. It tackles big themes in subtle ways with a fable-like text and stunning artwork that will provoke discussion for upper primary and secondary school levels about issues that remain so much a part of our national discourse

With forceful simplicity, 'Migrants' narrates the journey of a group of animals leaving a leafless forest. Borders must be crossed, sacrifices made, loved ones left behind. Watanabe takes extraordinary care to show the individuality and humanity of each migrant - through the detailed patterns on their clothing, their care of each other as they set up camp, the symbol of the blue ibis showing the connection between past and future, life and death.

Benjamin Zephaniah's trademark themes are saving the environment and working for world peace, as well as fighting against racism, but his real genius is his ability to write rap poetry that is accessible to children - this collection reflects that ability.

The wheel of Surya, by Jamila Gavin

When civil war breaks out in newly independent India, Marvinder and her younger brother, Jaspal, have to flee with their mother from their burnt-out village in Punjab. Marvinder knows she and Jaspal must get to England if they are to survive.

Borrow The wheel of Surya →

An action-packed and pacey story about a boy's experience of slavery in Britain. Nathaniel doesn't want to move to England with his master's family, leaving behind his mother and sister on the Jamaican plantation. But then he remembers what his mother told him: once a slave sets foot on English soil, they're free. Perhaps he can earn his fortune and buy his family's freedom, too.