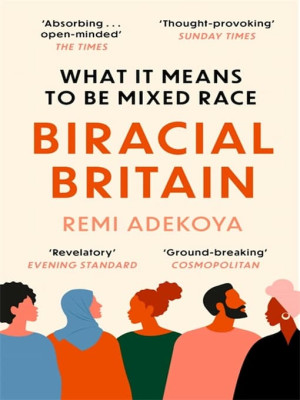 To mark Stephen Lawrence Day on 22 April, explore our recommended books on diversity, empathy and anti-racism.

Take a look at our recommended titles for young adults and for children and younger readers.

And still, I rise, by Baroness Doreen Lawrence

Since the murder of her son Stephen in 1993, Doreen Lawrence has campaigned for justice for Stephen and for other victims of racially-motivated crimes. In this book, she describes the unimaginable events of 1993 and the years that followed as they happened to her.

Borrow And still, I rise →

Black and British: a forgotten story, by David Olusoga

David Olusoga's 'Black and British' is a rich and revealing exploration of the extraordinarily long relationship between the British Isles and the people of Africa. Drawing on new genetic and genealogical research, original records, expert testimony and contemporary interviews, 'Black and British' reaches back to Roman Britain, the medieval imagination and Shakespeare's 'Othello'. Unflinching, confronting taboos and revealing hitherto unknown scandals, Olusoga describes how black and white Britons have been intimately entwined for centuries.

It's not about the burqa: Muslim women on faith, feminism, sexuality and race, by Mariam Khan

When was the last time you heard a Muslim woman speak for herself without a filter? In 2016, Mariam Khan read that David Cameron had linked the radicalization of Muslim men to the 'traditional submissiveness' of Muslim women. Mariam felt pretty sure she didn't know a single Muslim woman who would describe herself that way. Why was she hearing about Muslim women from people who were neither Muslim, nor female?

Years later the state of the national discourse has deteriorated even further, and Muslim women's voices are still pushed to the fringes - the figures leading the discussion are white and male. Taking one of the most politicized and misused words associated with Muslim women and Islamophobia, 'It's Not About the Burqa' is poised to change all that.

Borrow It's not about the burqa →

Biracial Britain: what it means to be mixed race, by Remi Adekoya

In our current polarised atmosphere, Britons of mixed race often encounter significant psychological pressure to pick a side: are you with us or them? But what if some don't want to choose? Or strongly identify with two, or even more, races? Should we still be expected to make a choice? Or is it time to develop a new understanding of identity that is better suited to our times? A transformative exploration of 21st-century British identity, this book provides thoughtful and nuanced answers to the many questions concerning biracial identity.

The good immigrant, by Nikesh Shukla

We're told that we live in a multicultural melting pot - that we're post-racial. Yet, studies show that throughout the UK, people from Black, Asian and Minority Ethnic (BAME) groups are much more likely to live in poverty than white British people (Institute of Race Relations). It's a hard time to be an immigrant, or the child of one, or even the grandchild of one.

'The Good Immigrant' brings together twenty emerging British BAME writers, poets, journalists, and artists to confront this issue. In these essays about race and immigration, they paint a picture of what it means to be 'other' in a country that wants you, doesn't want you, doesn't accept you, needs you for its equality monitoring forms and would prefer you if you won a major reality show competition.

A black porter whips a white Englishman in a Gloucestershire manor house. A Moroccan woman is baptised in a London church. A Mauritanian diver is dispatched to salvage lost treasures from the Mary Rose. From long-forgotten records emerge the remarkable stories of Africans who lived free in Tudor England. They were present at some of the most defining moments of the age. They were christened, married and buried by the Church. They were paid wages like any other Tudors. The untold stories of the Black Tudors, dazzlingly brought to life by Kaufmann, will transform how we see this most intriguing period of history.

'Afropean' is an on-the-ground documentary of areas where Europeans of African descent are juggling their multiple allegiances and forging new identities. Here is an alternative map of the continent, taking the reader to places like Cova Da Moura, the Cape Verdean shantytown on the outskirts of Lisbon with its own underground economy, and Rinkeby, the area of Stockholm that is eighty per cent Muslim. Johny Pitts visits the former Patrice Lumumba University in Moscow, where West African students are still making the most of Cold War ties with the USSR, and Clichy Sous Bois in Paris, which gave birth to the 2005 riots, all the while presenting Afropeans as lead actors in their own story.

Empireland: how imperialism has shaped modern Britain, by Sathnam Sanghera

In his brilliantly illuminating book, Sathnam Sanghera demonstrates how so much of what we consider to be modern Britain is actually rooted in our imperial past. In prose that is, at once, both clear-eyed and full of acerbic wit, Sanghera shows how our past is everywhere: from how we live to how we think, from the foundation of the NHS to the nature of our racism, from our distrust of intellectuals in public life to the exceptionalism that imbued the campaign for Brexit and the government's early response to the Covid crisis. And yet empire is a subject, weirdly hidden from view.

We're here because you were there: immigration and the end of empire, by Ian Sanjay Patel

What are the origins of the hostile environment for immigrants in Britain? Drawing on new archival material from the Foreign and Commonwealth Office, Ian Sanjay Patel retells Britain's recent history in an often shocking account of state racism that still resonates today.

Borrow We're here because you were there →

Why I'm no longer talking to white people about race, by Reni Eddo-Lodge

In February, 2014, Reni Eddo-Lodge wrote about her frustration with the way discussions of race and racism in Britain were constantly being led by those who weren't affected by it. She posted the piece on her blog, and gave it the title: 'Why I'm No Longer Talking to White People about Race'. Her powerful, passionate words hit a nerve. The post went viral, and comments flooded in from others desperate to speak up about their own, similar experiences. Galvanised by this response, she decided to dig into the source of these feelings; this clear hunger for an open discussion. The result is a searing, illuminating, absolutely necessary exploration of what it is to be a person of colour in Britain today.

Borrow Why I'm no longer talking to white people about race →

Back to Black: retelling Black radicalism for the 21st century, by Kehinde Andrews

One of Britain's most highly acclaimed Black educators presents the history of Black radicalism, reclaiming it for the 21st century.

Borrow Back to Black →