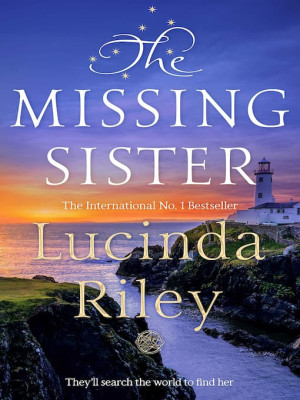 Day one: The Georgia Flu explodes over the surface of the Earth like a neutron bomb. News reports put the mortality rate at over 99%.

Year Twenty: A band of actors and musicians called the Travelling Symphony move through their territories performing concerts and Shakespeare to the settlements that have grown up there. Twenty years after the pandemic, life feels relatively safe. But now a new danger looms, and it threatens the hopeful world every survivor has tried to rebuild.

Moving backwards and forwards in time, from the glittering years just before the collapse to the strange and altered world that exists twenty years after, Station Eleven charts the unexpected twists of fate that connect six people: famous actor Arthur Leander; Jeevan, a bystander warned about the flu just in time; Arthur's first wife, Miranda; Arthur's oldest friend, Clark; Kirsten, an actress with the Travelling Symphony; and the mysterious and self-proclaimed 'prophet'.

They'll search the world to find her. The six D'Aplièse sisters have each been on their own incredible journey to discover their heritage, but they still have one question left unanswered: who and where is the seventh sister? They only have one clue – an image of a star-shaped emerald ring.

The search to find the missing sister will take them across the globe – from New Zealand to Canada, England, France and Ireland – uniting them all in their mission to complete their family at last. In doing so, they will slowly unearth a story of love, strength and sacrifice that began almost one hundred years ago, as other brave young women risk everything to change the world around them.

Listen to The Missing Sister →

his breathtakingly tense work is a tale of sex, seduction, secrets and lies, one that looks at history through a modern lens and explores the lengths that men – and women – will go to in the search for love and power. It's Saturday evening, 9 March 1566, and Mary, Queen of Scots, is six months pregnant. She's hosting a supper party. Outside, Edinburgh is bustling. It's full of the Great and the Good and the Idiot Sons of the Rich, here for a Parliament that will take Scotland by the shoulders and turn it from England to face Europe.

Mary doesn't know that her Palace is surrounded – that, right now, an army of men is creeping upstairs to her chamber. They're coming to murder David Rizzio, her friend and secretary, the handsome Italian man who is smiling across the table at her. Mary's husband wants it done in front of her and he wants her to watch it done...

Meet Liz: all she wants is some peace and quiet so she can read a book with her cat Henry, love of her life, by her side. But trampling all over this dream is a group of wild things also known as Liz's family. Namely: Richard - a man, a husband, no serious rival to Henry. Thomas - their sensitive seven year old son, for whom life is a bed of pain already. Evie - five year old acrobat, gangster, anarchist, daughter. And as if her family's demands (Where are the door keys? Are we made of plastic? Do 'ghost poos' really count?) weren't enough, Liz must also contend with the madness of parents, friends, bosses, and at least one hovering nemesis.

Are We Having Fun Yet? is a year in the life of one woman as she faces all the storms of modern life (babysitters, death, threadworms) on her epic quest for that holy grail: a moment to herself.

Listen to Are We Having Fun Yet? →