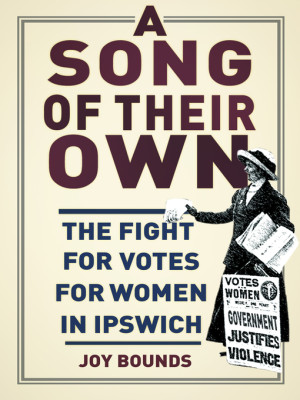 Need a new read? Take a look at our eBooks that explore the themes of female representation and women's rights to mark the British Library's Unfinished Business exhibition.

The Suffragette, written by Emmeline Pankhurst's daughter, Sylvia, offers an insider's perspective on the union's growth and development as well as the motives and ideals that inspired its leaders and followers. She chronicles the protesters' tactics as well as the consequences of their actions: arrests, imprisonment, hunger strikes, and the mental and physical ordeals of forced feeding. Vintage photographs illustrate the demonstrations, courtroom trials, and other dramatic incidents from the history of the women's militant suffrage movement.

Beginning in prehistory, Origins moves on to examine women's lives in ancient Egypt, China, India, Peru, Mexico, Greece, and Rome. In her reconstruction of wars, laws, and other activities affecting both women and men, French also traces the worldviews underpinning them. She also depicts how women's relationship to Judaism, Christianity, and Islam changed for good and bad over the centuries.

Starting in the fifth century BC and continuing to the present, the book takes a closer look at bold and inspiring women who dared to step outside the traditional gender roles of their time. Coupled with riveting illustrations and Lee's humorous and conversational storytelling style, this book is an outright celebration of the badass women who paved the way for the rest of us.

In her first book, On the Front Line with the Women Who Fight Back, Stacey draws on her encounters with these brave and wonderful women, using their experiences as a vehicle to explore issues at the centre of female experience. From gender equality and domestic violence, to sex trafficking and sexual identity, Stacey weaves these global strands together in an exploration of what it is to be women in the world today.

A hundred years on, Diane Atkinson celebrates the lives of the women who answered the call to 'Rise Up'; a richly diverse group that spanned the divides of class and country, women of all ages who were determined to fight for what had been so long denied. Actresses to mill-workers, teachers to doctors, seamstresses to scientists, clerks, boot-makers and sweated workers, Irish, Welsh, Scottish and English; a wealth of women's lives are brought together for the first time, in this meticulously researched, vividly rendered and truly defining biography of a movement.

Why, oh why, would we rather say 'Auntie Flo' than 'period'? Why, in the 21st century, are periods still seen as icky? Why are we still so ignorant about such a fundamental bodily process? Now, in Period., Emma draws on female experiences that will make you laugh, weep (and, most probably, squirm), in a fierce and funny rallying cry to smash this ridiculous taboo once and for all. Because it's about bloody time. Period.

They were famous queens, unrecognised visionaries, great artists and trailblazing politicians. They all pushed back boundaries and revolutionised our world. Jenni Murray presents the history of Britain as you've never seen it before, through the lives of twenty-one women who refused to succumb to the established laws of society, whose lives embodied hope and change, and who still have the power to inspire us today.

A year on since the advent of #metoo, Beard looks at how the discussions have moved on during this time, and how that intersects with issues of rape and consent, and the stories men tell themselves to support their actions. In trademark Beardian style, using examples ancient and modern, Beard argues, 'it's time for change - and now!'

In So Much I Want to Tell You, Anna opens up about her own struggles with poor self-esteem and reveals both the highs and lows of coming-of-age. She offers fresh, funny, hard-won advice for young women on everything from self-care to money to sex, and she is refreshingly straightforward about the realities of dating, female friendship, and the hustle required to make your dreams come true. This is Anna’s story, but, as she says, it belongs just as much to Kristina and to every other girl who must learn that growing up can be hard to do. Witty and real, Anna breaks things down in a way only a big sister can.

In The Radical Element, twelve of the most talented writers working in young adult literature today tell the stories of girls of all colors and creeds standing up for themselves and their beliefs — whether that means secretly learning Hebrew in early Savannah, using the family magic to pass as white in 1920s Hollywood, or singing in a feminist punk band in 1980s Boston. And they're asking you to join them.

In her memoir, a work of deep reflection and mesmerizing storytelling, Michelle Obama invites readers into her world, chronicling the experiences that have shaped her - from her childhood on the South Side of Chicago to her years as an executive balancing the demands of motherhood and work, to her time spent at the world's most famous address. With unerring honesty and lively wit, she describes her triumphs and her disappointments, both public and private, telling her full story as she has lived it - in her own words and on her own terms.

Millicent Garrett Fawcett was a leading Suffragist and campaigner for equal rights for women. She led the biggest suffrage organisation, the non-violent (NUWSS) from 1890-1919 and played a key role in gaining women the vote. In her book 'Women's Suffrage: A Short History of a Great Movement', Fawcett chronicles the history of the campaign for women's rights, comparing the tactics of the (pacifist) NUWSS and the (militant) WSPU.

What did women from the Ipswich area have to do with getting the vote? Surely it was only in London that suffragettes chained themselves to railings, held enormous processions, went to prison, and burnt down buildings. But women were also making their voice heard in towns and villages across Britain. This book shows how much women in and around Ipswich were involved, right up to the outbreak of the First World War. In the face of great opposition, persistent heckling and even physical violence, these women held meetings, fairs and put on suffrage plays. Controversially, they shut themselves in to avoid the census and resisted tax. At a time when women had very little power inside or outside the home, it is the story of how ordinary women supported each other to demand a say in the affairs of this country.

Sometimes Sara Pascoe confuses herself. She gets wildly and pointlessly jealous. She spends too much time hating her bum. And you know what she hates more than her bum? Her preoccupation with her bum. She's had sexual experiences with boys she wasn't really into, but still got a post-coital crush on them. She's ruined brand-new relationships by immediately imagining them going into reverse. There was so much about her behaviour that Pascoe wanted to understand. So she started researching what makes us - women - tick. And what she read made her eyes fall out of her face. Reader, here is everything science has to tell us about love, sexuality, infidelity, boobs, periods, pubes, broodiness, and clever old fat. Merry Christmas and Hallelujah! Suddenly being a woman doesn't look like such a minefield after all.