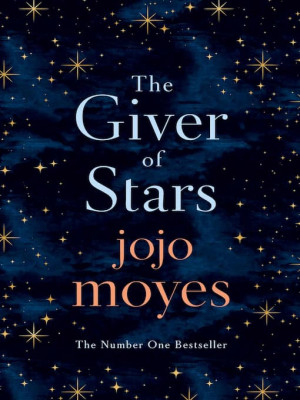 The Giver of Stars, by Jojo Moyes

The Borrowers Book Group at Kesgrave Library share their thoughts on The Giver of Stars, written by novelist and journalist Jojo Moyes.

About The Giver of Stars

England, late 1930s, and Alice Wright - restless, stifled - makes an impulsive decision to marry wealthy American Bennett van Cleve and leave her home and family behind. But stuffy, disapproving Baileyville, Kentucky, where her husband favours work over his wife, and is dominated by his overbearing father, is not the adventure - or the escape - that she hoped for.

That is, until she meets Margery O'Hare - daughter of a notorious felon and a troublesome woman the town wishes to forget. Margery's on a mission to spread the wonder of books and reading to the poor and lost - and she needs Alice's help. Trekking alone under big open skies, through wild mountain forests, Alice, Margery and their fellow sisters of the trail discover freedom, friendship - and a life to call their own.

Borrow a copy of The Giver of Stars on our catalogue →

This is a well-written book which we all enjoyed very much. The vividly described setting is Eastern Kentucky in 1937 with the novel inspired by the WPA’s Horseback Librarian programme which ran from 1935 to 1943, when women delivered books on horseback to the remote settlements and rural inhabitants in Southern Appalachia.

Although slow to start, the book really starts to engage when a formidable group of independent women establish the Pack Horse Library in Baileyville. The female characters are strong in personality as well as bravery, their sisterly camaraderie giving them resilience in the face of the sexism and racism that was common place at the time.

The male characters, other than the likeable Sven and Fred, were weak and lacked depth, reflecting perhaps the expectations and ruthless power of authority figures and mine owners in the 1930s in rural US. The hardships of rural living as well as the savage nature of the mountain trails were beautifully described.

The clever plot twists and dramatic social dynamics were absorbing. The impact of books on a community as well as on individuals was also rather wonderful. (More than 100,000 benefited from this unique programme at the time).

Recommendation: An enjoyable read for a book group which prompted discussion on many issues.

Love books? Want to discuss them in a reading group? Find out how to get started →