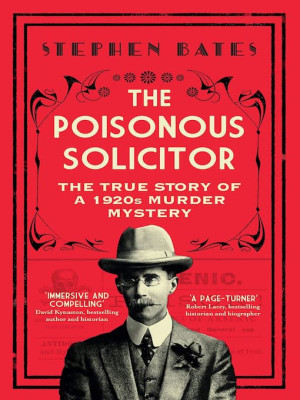 Nisha has crossed oceans to give her child a future. By day she cares for Petra's daughter; at night she mothers her own little girl by the light of a phone. Nisha's lover, Yiannis, is a poacher, hunting the tiny songbirds on their way to Africa each winter. His dreams of a new life, and of marrying Nisha, are shattered when she vanishes. No one cares about the disappearance of a domestic worker, except Petra and Yiannis. As they set out to search for her, they realise how little they know about Nisha. What they uncover will change them all.

Set in her native Cyprus, Christy Lefteri has crafted a powerful, redemptive story of loss, of the triumph of the human spirit, and of the enduring love of a mother for her child.

The miniaturist, by Jessie Burton

On an autumn day in 1686, eighteen-year-old Nella Oortman knocks at the door of a grand house in the wealthiest quarter of Amsterdam. She has come from the country to begin a new life as the wife of illustrious merchant trader Johannes Brandt, but instead she is met by his sharp-tongued sister, Marin. Only later does Johannes appear and present her with an extraordinary wedding gift: a cabinet-sized replica of their home. It is to be furnished by an elusive miniaturist, whose tiny creations mirror their real-life counterparts in unexpected ways.

Nella is at first mystified by the closed world of the Brandt household, but as she uncovers its secrets she realises the escalating dangers that await them all. Does the miniaturist hold their fate in her hands? And will she be the key to their salvation or the architect of their downfall?

Fourteen-year-old Olivia Prior is missing three things: a mother, a father, and a voice. Her mother vanished all at once, and her father by degrees, and her voice was a thing she never had to start with. She grew up at Merilance School for Girls. Now, nearing the end of her time there, Olivia receives a letter from an uncle she's never met, her father's older brother, summoning her to his estate, a place called Gallant. But when she arrives, she discovers that the letter she received was several years old. Her uncle is dead. The estate is empty, save for the servants. Olivia is permitted to remain, but must follow two rules: don't go out after dusk, and always stay on the right side of a wall that runs along the estate's western edge. Beyond it is another realm, ancient and magical, which calls to Olivia through her blood.

A darkly magical and thrilling tale of a young woman caught between the world and its shadows, who must embrace her legacy to stop the approaching darkness. Perfect for fans of Neil Gaiman, Holly Black and Susan Cooper.

It is early spring, a turbulent, perilous time of sudden storms, frozen river fractures and drifting ice. Fleeing from a demon intent on devouring his souls, Wolf is swept out to Sea far from the Forest and his pack. The ocean too teems with danger: sea wolves, sharks and hunters of the deep, and the demon is gaining ground. Torak and Renn must race to save their pack-brother, battling the harsh, icy waves and merciless torrents. If they can't find Wolf in time, the bond between them will be severed for ever.

The grand finale to the prize-winning adventure series that has changed the lives of millions of readers. Breathtaking world-building on an epic scale, pure escapism at its best.

How do you bring order to the lawless? The Secret Prison Governor has spent decades surrounded by every type of prisoner known to man, from petty thieves and common drug dealers to crime bosses and dangerous serial killers. Since starting as a rookie, he has experienced the reality of the UK's harsh prison system and the hard challenge of ruling those within it.

In his own words, the Secret Prison Governor spares no detail of prison life, whether that's breaking up shiv fights, investigating and crushing vast networks of contraband, negotiating with hardened criminals or dealing with full-scale cellblock gang wars.

The poisonous solicitor, by Stephen Bates

In 1922, Major Herbert Armstrong, a Hay-on-Wye solicitor, was found guilty of, and executed for, poisoning his wife, Katharine, with arsenic. Armstrong's case has all the ingredients of a classic murder mystery, from a plot by Agatha Christie or Dorothy Sayers (indeed some aspects of his story appear in Sayers' Unnatural Death). It is a near-perfect whodunnit.

One hundred years later, Agatha Award-shortlisted Stephen Bates examines and retells the story of the case, evoking the period and atmosphere of the early 1920s, a time of newspaper sensationalism, hypocrisy and sanctimonious morality.