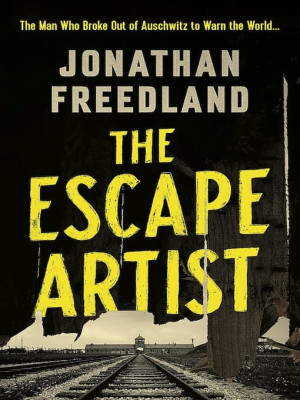 Take a look at our latest non-fiction titles for June 2022.

The Queen, by Andrew Morton

For years she prayed for her mother to give birth to a son. She longed to be spared her destiny as Britain's future Queen. Her dream was to live in the country surrounded by children, dogs and horses.

But Elizabeth did her duty, the young princess pledging before her people that she would dedicate her whole life to the service of Britain and the Commonwealth. She hoped that that day would be a long way off. It was not to be. Only twenty-five when she became Queen after the premature death of her father, King George Vl, Elizabeth has become the stuff of superlatives: the longest reigning, most travelled and, for a shy woman, the Queen who has shaken more hands and made more small talk than any other monarch in history.

As she celebrates her platinum anniversary, the first monarch to reign for seventy years, she has, during a once in a lifetime pandemic, become the reassuring face of hope and optimism, the grandmother to the nation.

What are you doing here?: my autobiography, by Floella Benjamin

In What Are You Doing Here?, Floella describes arriving in London as a child, part of the Windrush generation, and the pain caused by the racism she encountered every day. It was offset by the love of her parents, who gave her the pride in her heritage, self-belief and confidence that have carried her through life.

Sharing the lessons she has learned, imbued with her joy and positivity, this book is the moving testimony of a remarkable woman.

Borrow What are you doing here? →

The interpreter's daughter, by Teresa Lim

In the last years of her life, Teresa Lim's mother, Violet Chang, had copies of a cherished family photograph made for those in the portrait who were still alive. The photo is mounted on cream card with the name of the studio stamped at the bottom in Chinese characters. The place and date on the back: Hong Kong, 1935. Teresa would often look at this photograph, enticed by the fierceness and beauty of her great-aunt Fanny looking back at her. But Fanny never seemed to feature in the told and retold family stories. Why? she wondered. This photograph set Teresa on a journey to uncover her own family history. Through detective work, serendipity, and the kindness of strangers she was guided to the fascinating, ordinary, extraordinary life of her great-aunt and her world of sworn spinsters, ghost husbands and the working-class feminists of 19th century south China.

In Old Rage, one of Britain's best loved actors opens up about her ninth decade. Funny, feisty, honest, she makes for brilliant company as she talks about her life as a daughter, a sister, a mother, a widow, an actor, a friend and looks at a world so different from the wartime world of her childhood. And yet - despite age, despite rage - she finds there are always reasons for joy.

Unlawful killings: trials at the old Bailey, by Her Honour Wendy Joseph QC

By detailing the inner workings of the Old Bailey and UK law, the author makes clear that each of us has a vested interest in what happens in the court room - especially when it comes to the death of a fellow human being. Any one of us could end up in the witness-box or even in the dock. And yet most people have only the sketchiest idea of what happens inside a Crown Court. With breath-taking skill and deep compassion, the author describes how cases unfold and illustrates exactly what it's like to be a murder trial judge and a witness to human good and bad. Sometimes very bad.

How did a boy from small-town New York become one of the world's most successful writers? On the morning he was born, he nearly died. Growing up, he didn't love to read. That changed. Here are the stories of James Patterson's life.

Borrow James Patterson: the stories of my life →

The truth about Lisa Jewell, by Will Brooker

Have you ever thought about what it takes to become a bestselling writer? If so, 'The Truth About Lisa Jewell' will reveal all. It is the story of how a novel is written, from before the start to after the finish; it's an in-depth analysis of how that novel fits into a bestselling author like Lisa Jewell's career and her previous work, and what her style shares with authors from James Joyce to Martin Amis. This is a lesson for aspiring authors who are interested in the path to success - and a testament to the way books can bring us together.

Borrow The truth about Lisa Jewell →

Would it surprise you to know...?, by Ronnie Archer-Morgan

For decades, Ronnie Archer-Morgan has brought to life the fascinating, often surprising backstories behind our most cherished heirlooms and household objects on the Antiques Roadshow. Now, he tells his own unlikely story. Born in the fifties to a Sierra Leonean mother battling mental health problems, Ronnie spent his childhood in and out of care. After difficult beginnings, marked by abuse, racism and brushes with both criminals and the police, he got into music, managing to get DJ gigs and, later, worked as a celebrity hairdresser for Vidal Sassoon and Smile in the height of seventies London. A flair for spotting antiques led him to start his own Knightsbridge gallery, ultimately becoming one of the most respected figures in the industry, culminating in a regular spot as an expert on the nation's Sunday favourite, Antiques Roadshow.

Borrow Would it surprise you to know...? →

Quilt on fire: the messy magic of mid-life, by Christie Watson

A frank, funny and inspiring memoir from Christie Watson about the search for meaning in mid-life. 'Quilt on Fire' reframes mid-life with openness and honesty, and celebrates the messy magic of being a single woman in your forties.

The escape artist: the man who broke out of Auschwitz to warn the world, by Jonathan Freedland

In April 1944 a teenager named Rudolf Vrba was planning a daring and unprecedented escape from Auschwitz. After hiding in a pile of timber planks for three days while 3,000 SS men and their bloodhounds searched for him, Vrba and his fellow escapee Fred Wetzler would eventually cross Nazi-occupied Poland on foot, as penniless fugitives. Their mission: to tell the world the truth of the Final Solution. A thrilling history with enormous historical implications, 'The Escape Artist' is the extraordinary story of a complex man who would seek escape again and again: first from Auschwitz, then from his past, even from his own name.

A fortunate woman: a country doctor's story, by Polly Morland

Polly Morland was clearing her late mother's house when she found a battered paperback fallen behind the family bookshelf. Opening it, she was astonished to see an old photograph of the remote, wooded valley in which she lives. The book was 'A Fortunate Man', John Berger's classic account of a country doctor working in the same valley more than half a century earlier. This chance discovery led Morland to the remarkable doctor who serves that valley community today, a woman whose own medical vocation was inspired by reading the very same book as a teenager. 'A Fortunate Woman' tells her compelling, true story, and how the tale of the old doctor has threaded through her own life in magical ways.