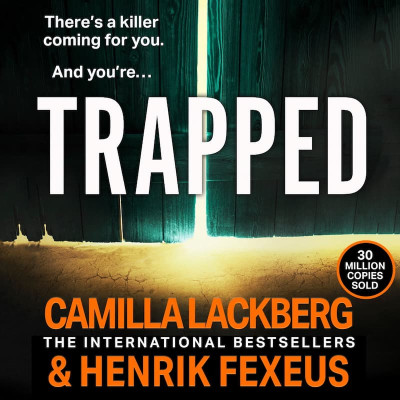 Treat your ears with these brand new audiobook titles for June 2022, free to listen to on our BorrowBox service with your library card.

The murders at Fleat House, by Lucinda Riley

The sudden death of a pupil in Fleat House at St Stephen's - a small private boarding school in deepest Norfolk - is a shocking event that the headmaster is very keen to call a tragic accident. But the local police cannot rule out foul play and the case prompts the return of high-flying Detective Inspector Jazmine 'Jazz' Hunter to the force. Jazz has her own private reasons for stepping away from her police career in London, and reluctantly agrees to front the investigation as a favour to her old boss.

Reunited with her loyal sergeant Alastair Miles, she enters the closed world of the school, and as Jazz begins to probe the circumstances surrounding Charlie Cavendish's tragic death, events are soon to take another troubling turn. Charlie is exposed as an arrogant bully, and those around him had both motive and opportunity to switch the drugs he took daily to control his epilepsy.

Borrow The murders at Fleat House →

It’s a case unlike anything detective Mina Dabiri has seen before. A woman trapped inside a magician’s box, with swords pierced through. Only this time, it’s not a magic trick. It’s murder.

Knowing she has a terrifying killer on her hands, Mina enlists the help of celebrity mentalist, Vincent Walter. Only he can give her an insight into the secret world of magic and illusions.

Mina and Vincent soon discover that the murder victim has the roman numeral III engraved on her leg. The killer is counting down. Unless Mina and Vincent can stop them, there are going to be three more murders. And time is running out.

The 'Iceman' Wim Hof shares his remarkable life story and powerful method for supercharging your strength, health and happiness.

Wim Hof has become a modern icon for his astounding achievements, breaking world records withstanding extreme temperatures and running barefoot marathons over deserts and ice fields. Most of all, he's shown us that these feats are not superhuman - but that all of us have the ability to be stronger, healthier and happier than we've ever imagined.

In The Wim Hof Method, this trailblazer of human potential shares his simple three-pillar approach that anyone can use to improve health and performance - and see real results within just a few days. Refined over forty years and championed by scientists across the globe, you'll learn how to harness three key elements of Cold, Breathing and Mindset to master mind over matter and achieve the impossible.