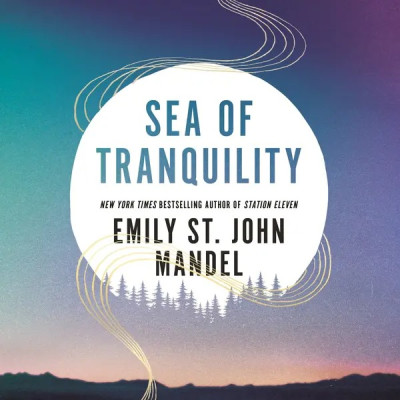 Treat your ears with these brand new audiobook titles for May 2022, free to listen to on our BorrowBox service with your library card.

A tidy ending, by Joanna Cannon

Linda has lived in a quiet neighbourhood since fleeing the dark events of her childhood in Wales. Now she sits in her kitchen, wondering if this is all there is – pushing the vacuum around and cooking fish fingers for tea, a far cry from the glamorous lifestyle she sees in the glossy catalogues coming through the door for the house’s previous occupant, Rebecca.

Linda’s husband Terry isn’t perfect – he picks his teeth, tracks dirt through the house, and spends most of his time in front of the TV. But that seems fairly standard – until he starts keeping odd hours at work, at around the same time young women start to go missing in the neighbourhood.

If only Linda could track down and befriend Rebecca, maybe some of that enviable lifestyle would rub off on her. But the grass isn’t always greener: you can’t change who you really are, and there’s something nasty lurking behind the net curtains on Cavendish Avenue...

Skandar and the unicorn thief, by A.F. Steadman

Soar into a breathtaking world of heroes and unicorns as you’ve never seen them before, in this first book in the hotly anticipated fantasy adventure series for children age 9+, and fans of Harry Potter, Percy Jackson and Amari and the Night Brothers.

Thirteen-year-old Skandar Smith has only ever wanted to be a unicorn rider. To be one of the lucky few selected to hatch a unicorn. To bond with it for life; to train together and race for glory; to be a hero.

But just as Skandar’s dream is about to come true, things start to take a more dangerous turn than he could ever have imagined. A dark and twisted enemy has stolen the Island’s most powerful unicorn – and as the threat grows ever closer, Skandar discovers a secret that could blow apart his world forever...

Borrow Skandar and the unicorn thief →

In 1912, eighteen-year-old Edwin St. Andrew crosses the Atlantic, exiled from English polite society. In British Columbia, he enters the forest, spellbound by the beauty of the Canadian wilderness, and for a split second all is darkness, the notes of a violin echoing unnaturally through the air. The experience shocks him to his core.

Two centuries later Olive Llewelyn, a famous writer, is traveling all over Earth, far away from her home in the second moon colony. Within the text of Olive’s bestselling novel lies a strange passage: a man plays his violin for change in the echoing corridor of an airship terminal as the trees of a forest rise around him.

When Gaspery-Jacques Roberts, a detective in the black-skied Night City, is hired to investigate an anomaly in time, he uncovers a series of lives upended: the exiled son of an aristocrat driven to madness, a writer trapped far from home as a pandemic ravages Earth, and a childhood friend from the Night City who, like Gaspery himself, has glimpsed the chance to do something extraordinary that will disrupt the timeline of the universe.