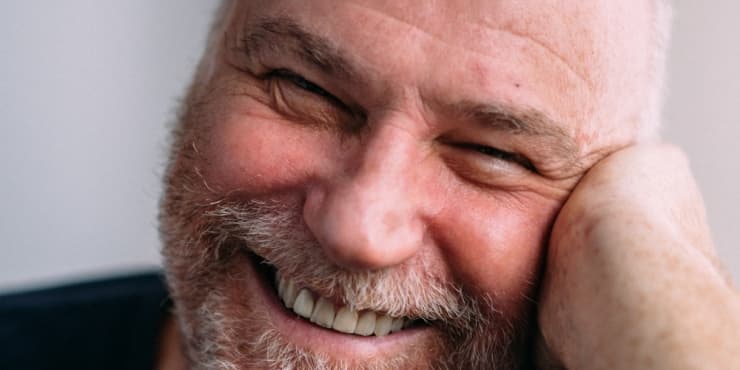 Alan Parks worked in the music industry for over twenty years working with artists like The Streets, New Order and Enya. A book he was writing about social housing in Glasgow became a novel set in 1973. The book was the first Harry McCoy thriller Bloody January (2017) and was shortlisted for the Grand Prix de Litterature Policiere.

Further books in the series followed featuring Harry McCoy. February's Son was shortlisted for the Edgar Awards. Alan's latest book, May God Forgive is published by Canongate on 28th April and is also available on our catalogue.

I’ve got to be honest I don’t remember having any heroes when I was growing up! Maybe I was always too cynical. I first started to write about eight years ago. A late starter...

They were household names then! It was a great job, there was a lot of money about, you had the chance to try and do interesting things, experiment. Any weirdness about dealing with famous people soon wore off, they were just people you worked with.

My writing routine is pretty loose. I tend to do a bit after breakfast then it’s up for grabs. I write in cafes, libraries, airports, anywhere really. Then I tend to do another bit before dinner. Doesn’t always happen though! Research is the fun bit. I do a lot of wandering around Glasgow finding places to write about. After that is decided it’s a question of going to the library and going through maps and newspapers finding out what was there at the time. What pubs were open, what areas were still standing, what was being built etc.

Half and half! Some I always try to put in like Jumbo and Isa and Stevie Cooper because I like writing about them. Some disappear for a few books and then come back. There are quite a few of them to juggle!

May God Forgive is really about what you can learn to live with. About the consequences of what you have done. It’s all set in one small bit of Glasgow called Royston. The previous book The April Dead moved around a lot so this time I wanted to do the opposite and concentrate on one small area. A hairdresser’s is firebombed killing several people and that starts the action off…

I have started the June book. Not really sure what it is about yet, more misery in mid-seventies Glasgow I would imagine! Seems to involve a TV awards show for some reason…

Everyone complains about the swearing. Little knowing the publishers have already taken half of it out. A man tweeted me the other day saying he was reading Bobby March at Everest Base Camp. That was pretty shocking!

Very simple. The record industry is full of people running about like headless chickens. Everything and everybody runs at panic level. My old Boss Laurie Cokell told me to just do nothing sometimes instead of trying to put out every fire at once. He was right if you do that what really matters becomes apparent…

I used to be a really good skateboarder!