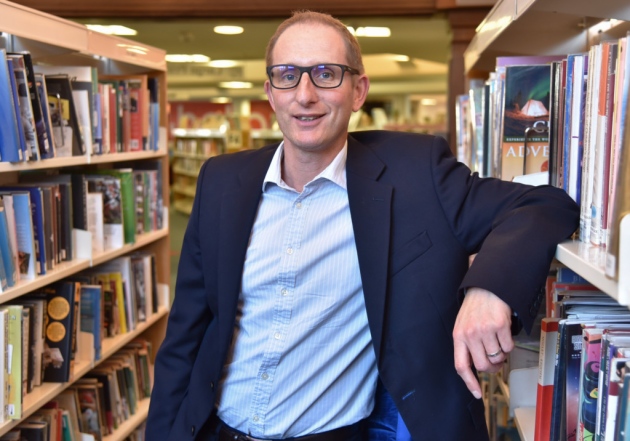 The launch of a new charity to run Suffolk’s libraries in 2012 was a genuine first. No local authority had ever done something so bold and radical. In those early days the jury really was out on whether the fledgling organisation would survive.

Looking back is always hard for an organisation that instinctively looks forward. But the Suffolk Libraries story is one that deserves to be told because it is simply so extraordinary. Local authority finances have been squeezed for many years now and the main driver behind that radical change back in 2012 was financial. The spectre of library closures loomed and the general public were galvanised to protest. Suffolk Libraries, the charity, was born.

Back in 2011 when libraries were run by Suffolk County Council they cost nearly £9 million. In 2022, run by Suffolk Libraries, they cost just under £6 million or 33% less taxpayer cash. This amounts to £25m saved over ten years.

Does that mean Suffolk Libraries does less? Well actually our charity delivers much more than 10 years ago - Longer opening hours, thousands more activities and events, dozens of new services, an extra library in Moreton Hall, pop-up libraries in Rushmere and Red Lodge and all managed and curated by dedicated, talented and local professional staff.

The numbers speak for themselves but it’s the library service’s impact on people’s lives across the county that really counts. It’s the stories about how Suffolk Libraries has reached people, supported them and changed their lives for the better.

Whether it’s the ‘Men Can Talk’ group at Chantry Library, formed to improve men’s mental health, ‘Chat ‘n’ Chill’, a group designed to support those whose first language isn’t English or the fresh fruit and vegetables distributed at Gainsborough Library. There are literally thousands of other examples of the power of our hyper-local work enabling, connecting and nurturing. After all it’s not just about the stories that people borrow from us, it’s about the ones we help them create.

Suffolk Libraries is run by the community for the benefit of the community and that’s why almost everything we do is down to the amazing people who work and volunteer for our charity. They are the true cultivators of what we like to call the ‘Extraordinary Everyday’, the heartbeat of their community and the glue that holds it together. They work tirelessly with our many partners almost every day to make a real difference.

Having achieved so much in our first ten years, we now face the many challenges created by a post-Covid world. Sustainable funding will once again be our most imminent threat, with many of our partners and funders facing up to an ever more uncertain world. Despite this, we look forward to doing even more. We will be a crucial source of support, comfort and advice as the current cost of living crisis develops. We will continue to be a place where people can connect and feel less isolated. And we will work with local communities to develop even more services that meet their needs.

So, whether you’re a current library user or not, come and see us and find out what we can do for you. After all there aren’t many counties in England that can say they have a service in almost every major community that exists purely for the benefit of its residents. Let us help you by sharing some of the ‘Extraordinary Everyday’.

You can support the work of Suffolk Libraries by making a regular or one-off donation.

The Moomins are coming! Free theatrical experiences for children this summer