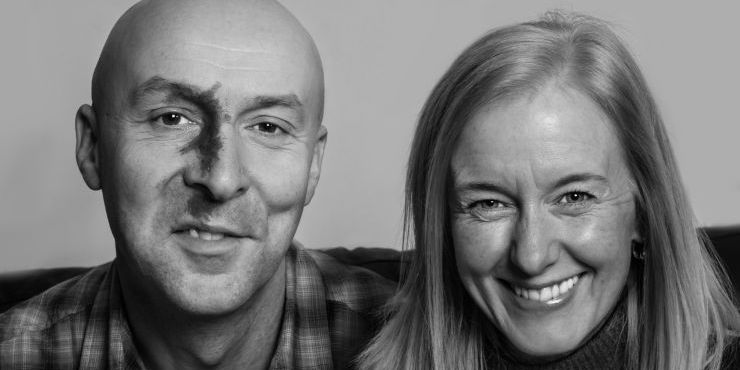 Join us for a live Q&A event with Ambrose Parry.

Ambrose Parry will be talking about their career so far and their latest title A Corruption of Blood.

Ambrose Parry is a pseudonym for the writing partnership of Chris Brookmyre and Marisa Haetzman. Their historical crime series features Will Raven and Sarah Fisher and set in 19th century Edinburgh. A Corruption of Blood is their third novel.

Dr Marisa Haetzman is a consultant anaesthetist of twenty years' experience, whose research for her Master's Degree in the History of Medicine uncovered the material upon which the Ambrose Parry crime series is based. The couple are married and live in Glasgow.

About A Corruption of Blood

Dr Will Raven is a man seldom shocked by human remains, but even he is disturbed by the contents of a package washed up at the Port of Leith, the head and torso of an infant, wrapped up and tossed away.

Stranger still, a man Raven has long detested is pleading for his help to escape the hangman. Raven's efforts to prove his former adversary's innocence are failing and he desperately needs Sarah's help. But recently they have become distant, things between them strained as their paths in life move further apart.

Putting their feelings for one another aside, their investigations take them to both extremes of Edinburgh's social divide, uncovering family secrets and discovering that wealth and status cannot alter a fate written in the blood.

A Corruption of Blood will be published by Canongate on 19 August 2021.

Reserve this title on our catalogue →