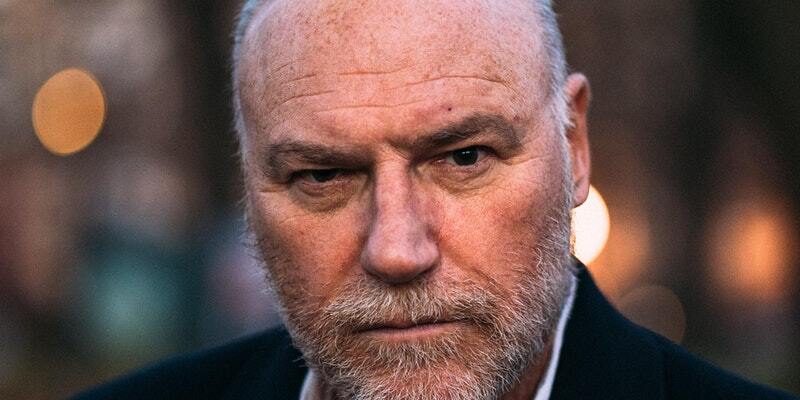 Crime thriller author Alan Parks joins us for a live Q&A event to talk about his latest title The April Dead.

Alan Parks is the author of the acclaimed Harry McCoy novels. Alan Parks worked in the music business for twenty years before he turned to crime writing. Initially he managed up and-coming bands before moving into the creative side of the business, commissioning videos, photography and artwork for household names including New Order, All Saints, The Streets and Enya.

This background has played a significant role in the creation of Parks’ crime novels. The compelling atmosphere and tone of his novels are partly created by using notebooks full of visual references he makes for each story. Parks credits working on music videos with imbuing him with a strong sense of narrative and pace, spending long nights in edit rooms has eventually paid off. The main inspiration for the books comes from wandering around Glasgow itself.

Alan Parks’ debut novel Bloody January was shortlisted for the ‘Grand Prix de Littérature Policière’. Bobby March Will Live Forever was nominated for an ‘Edgar’ award and selected by THE TIMES as one of their ‘2020 Books of the Year’.

About The April Dead

When an American sailor from the Holy Loch Base goes missing, Harry McCoy is determined to find him. But as he investigates, a wave of bombings hits Glasgow - with the threat of more to come. Soon McCoy realises that the sailor may be part of a shadowy organisation committed to a very different kind of Scotland. One they are prepared to kill for. Meanwhile Cooper, McCoy's long-time criminal friend, is released from jail and convinced he has a traitor in his midst. As allies become enemies, Cooper has to fight for his position and his life.