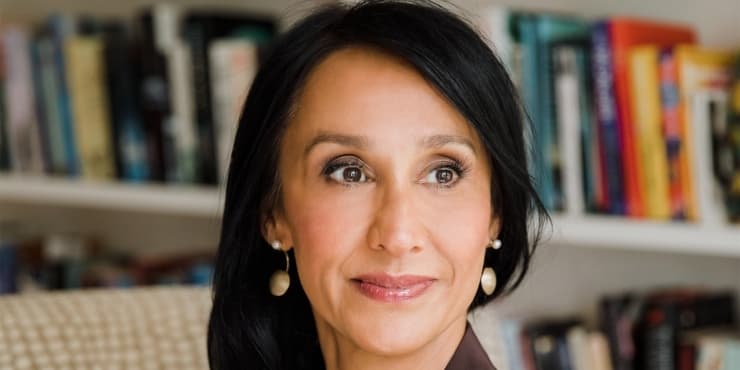 Monica Ali is a bestselling writer whose work has been translated into 26 languages. She is the author of five books including Brick Lane, Alentejo Blue, In the Kitchen, Untold Story and, most recently, Love Marriage.

She is a Fellow of the Royal Society of Literature and in 2003 was named as one of Granta's Best of Young British Novelists. She was nominated for, amongst others, the Booker Prize, The George Orwell Prize, The Commonwealth Writers' Prize and in the US has been a finalist for the National Book Critics Circle Award and the Los Angeles Times Book Prize.

You can find Monica's books on our catalogue.

If you’d told me, when I was a child, that it was possible that one day I would be a published author I’d have thought you were mad. I grew up poor. We didn’t have money to buy books. I borrowed books from the library and I was always escaping into novels. But I didn’t think people like me could write them and get them published. So I look back with a sense of awe and a little pride.

I wish I’d been able to enjoy the whole publication process more more. My children were very young at the time and though I felt very lucky that the book was published in so many countries, it often took me away from them. That was tough. I was thrilled, of course, that the book found its way to so many readers, but at the same time I was a little overwhelmed.

Yasmin Ghorami and Joe Sangster, both junior doctors, are engaged. He’s handsome, sensitive and kind (and rich too), but he cheats on her. Yasmin, shocks herself (she’s always been so good) by embarking on revenge sex with a colleague. She feels awful: at least Joe confessed, but she can’t bring herself to tell him what she’s done. What she doesn’t know is that Joe is a sex addict. He’s in therapy to try to understand this compulsion that fills him with self-loathing.

Then there’s all the complications of their two very different families coming together… What I want most is for people to enjoy the book, to find it humorous and entertaining and, above all, a good old-fashioned propulsive read.

You don’t always know. Sometimes you have to keep pushing through. Sometimes the joy of writing a single decent sentence is enough.

No, I think you have to be prepared to throw things away. Not every idea is a good idea.

A House for Mr Biswas by V.S. Naipaul because it is the best tragi-comedy ever written. It’s also a sideways look at colonialism, race, and religion. And the story one man’s struggle to carve out, against the odds, his own place in the world. I first read it in my teens, and I still love it now.

I try to end each writing day before I run out of juice. It can be a long day or a short day. The point is to finish at a point where I think I know what I want to write next, so that I don’t come to the desk ‘cold’. But I don’t always manage that. It’s very tempting to keep going when you’re on a roll.