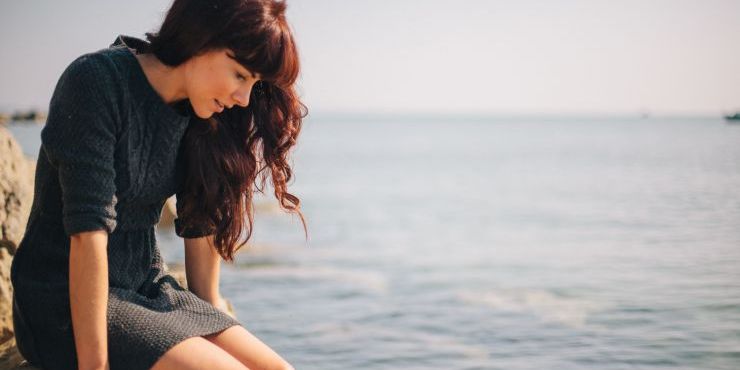 Lucy Clarke is the bestselling author of five novels. Her debut, The Sea Sisters was a Richard and Judy Book Club choice. She has since published A Single Breath, No Escape, Last Seen, and You Let Me In. Her novels have been translated into 12 languages.

Lucy's latest book The Castaways is available from Suffolk Libraries.

Like so many children, growing up I loved Roald Dahl, and also Robin Jarvis, who wrote The Deptford Mice Trilogy. Nowadays, I enjoy psychological thrillers, as well as brilliantly written women’s fiction, like Celeste Ng’s Little Fires Everywhere, and Delia Owens Where The Crawdads Sing.

I was on a three-month road trip across the US when I realised I’d love to be a writer. Previously I’d been working in advertising and knew that I didn’t want to return to that industry. When I arrived back in the UK, I went straight to the library and borrowed all the ‘how to write a novel’ type books I could find, trying to understand how authors put together stories. It took me five years of writing and learning – and a good collection of rejection letters – before I signed my first book deal with HarperCollins.

My husband and I co-parent, so I write in the mornings while he looks after our two young children. I like to be at my desk soon after six a.m. I prefer to write my first drafts by hand – there’s something about the simplicity of a pencil and a blank page that seems to unlock my creativity in a way that a laptop can’t always reach. I love to write to music, too. There are certain albums I play to help me step into a character’s mindset, or to inspire an atmosphere in a scene. My favourite place to write is at our family beach hut, where I go off-line, get still and quiet, and ogle the horizon until the words arrive.

I always set my novels in places I’ve visited – or intend to travel to. I think there’s an authenticity to having ‘been there’ as it enables you to write with confidence about the way the light falls, or the scent of the breeze rolling in from the sea, or the feel of the earth underfoot. Where possible, I prefer to start writing once I’ve visited the place/country – although this isn’t always possible.

It was a total surprise! I didn’t even know HarperCollins had submitted it to the selection panel. I received a call from my editor when I was in the Philippines, who told me The Sea Sisters had been selected. It was absolutely surreal. That night, my husband and I went for dinner at this little roughshod beach bar where a Filipino reggae band were playing, and I remember just sitting at the table, feet in the sand, thinking: Richard and Judy? What?!

The Castaways is about two sisters, Lori and Erin, who are holidaying in Fiji. They plan to take an inter-island flight together but, after a devastating argument, only Lori boards the plane. It's a decision that will haunt Erin, who later learns that the plane never arrived at its destination. Two years later, with all the passengers long since presumed dead, Erin discovers that the pilot has been found alive – but he’s refusing to talk. Desperate for answers, she returns to Fiji in search of the truth.

The idea slowly unfurled over several years. Like many people, I’d been shocked by the disappearance of the Malaysia Airlines Flight 370 back in 2014. I thought a lot about the relatives of those passengers and how the lack of information must have been excruciating. It was a few years later when I was toying with a handful of book ideas, that I returned to thoughts of a plane disappearance. I began to wonder what would happen if the pilot of a plane that had ‘disappeared without trace’ was suddenly found – but refused to talk. What then? That was my starting point.

The working title for my next novel is The Hen Weekend. I’m editing the manuscript at the moment and the novel is due to be published by HarperCollins in Spring 2022. The premise is a simple one . . . A party of hens hire a cliff-top villa on a remote Greek island and enjoy the perfect holiday – until a body is discovered on the rocks below.

Book: The Lamplighters by Emma Stonex

TV: The Last Kingdom on Netflix

Right now, I’m sitting on an exercise ball as I type these answers 😉