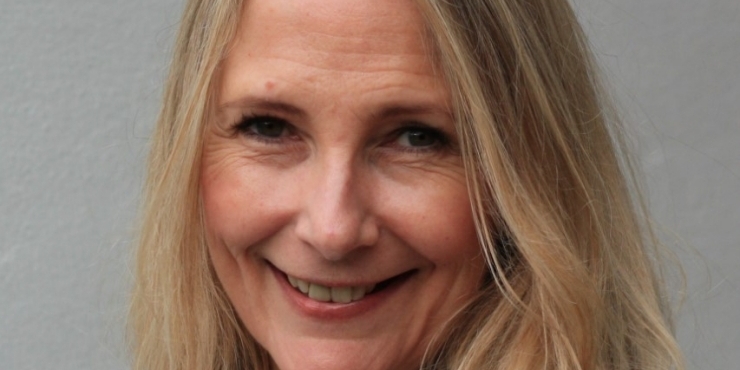 Jo Clegg is the writer of 19 episodes of the multi BAFTA and Emmy-winning children's TV series Hey Duggee. Before she became a children's TV writer, Jo was a comedy producer in radio and television. Jo's first novel The Summer Holiday was published by Orion Books on 10 June and is also available from our catalogue where it will be one of our Suffolk Loves picks.

As a child, I loved The Borrowers by Mary Norton. I’d try not to peek ahead at the illustrations before reading a chapter, but could never resist. My most often read book was probably The Goodies File. I loved The Goodies TV show to bits and the book was packed with photos and letters, references to the series and lots of new stuff.

I started writing when I was bored in an office job. I’d pass the time typing long, complex complaint letters as different characters. I sent them to my mum who encouraged me. I then moved into writing scripts and began a novel ten years ago. That one went under the bed, as they say, but the next was The Summer Holiday.

2. I read somewhere that you started as a stand up comic. Is that as terrifying as it sounds?

Yes, it is. I’m not sure what possessed me. I was once on a bill with Eddie Izzard and still have a flyer for the gig somewhere. The thing I remember is trying to memorise my ten minute routines which I drew as pictograms in a column. There is tons more to doing stand up even passably well that I never got close to grasping. Audiences were often nicer about my efforts than they should have been.

3. You wrote scripts for the award winning Hey Duggee. What was that show like to work on?

I’m writing on Season 4 at the moment. It’s an amazing show. It might look simple, but apart from the fact the Squirrels always earn a badge from Duggee, each episode is incredibly different in content because it’s more about ideas than a straightforward narrative. It can go in any direction, which really forces you to do your best work.

4. Your new book The Summer Holiday is out soon. Can you tell us a bit about it?

It’s about Claire who’s facing a fortnight’s family holiday in Cornwall with her husband’s best friend and his family. Their kids get on, and Claire and the other wife, Honor, are supposedly great friends too, but Honor is your classic high-achiever/domestic goddess combo and Claire…isn’t. Plus as she says, ‘If conversation were dancing, I never quite know where Honor’s going to put her feet. And if it goes wrong it feels like my fault.’

Claire wants her family to be happy and the holiday to go well, but it involves her in quite a lot of secret preparation and things in Cornwall end up going epically awry. Despite this, ultimately both women learn really valuable things about themselves.

It’s about a mother and daughter who have lost their connection and the missteps they make in finding it again. I’m trying to be as truthful and funny as I can about this bond and its strength versus its fragility.

6. Is there a book you have read that has changed your life?

Books change my life on a daily basis. Disappearing to bed early to tumble into other worlds for a couple of hours is so restorative.

I’m reading Small Pleasures by Clare Chambers, which is sublime. Next it will be Klara And The Sun by Kasuo Ishiguro. Then books by author pals: Annie Stanley, All At Sea by Sue Teddern, Perfect on Paper by Gillian Harvey and New Girl In Little Cove by Damhnait Monaghan. I always have non-fiction on the go too. At the moment it’s One Two Three Four: The Beatles In Time by Craig Brown. It’s a riot.

8. What is the best advice you were ever given?

‘Perfect is the enemy of good. Choose, then move on.’ It was said by my head of department, Jonathan James Moore when I was a producer at BBC Radio Comedy, working on the topical Radio 4 show Weekending for the first time. He’d put his head round the door to my office where I was surrounded by typed pages that mostly smelled of cigarette smoke sent in by writers. I was very stuck, oscillating between three or four sketches on the same news item.

I can play the drums. I bought a drum kit in my mid-forties and had lessons.