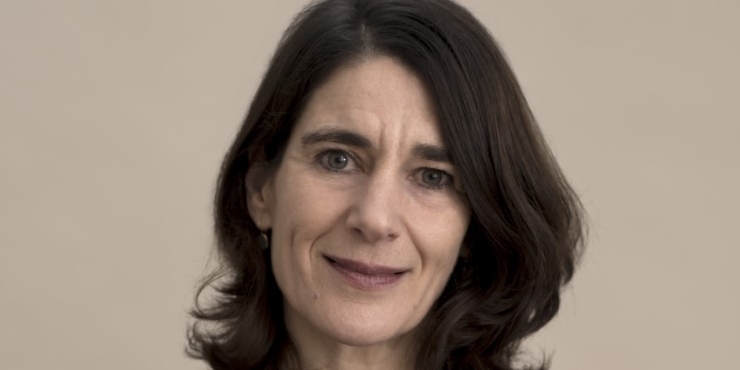 Esther Freud is a British novelist. Her work includes Hideous Kinky (1992) which was made into a film and Suffolk readers will be familiar with her books set in the county, The Sea House (2003) and Mr Mac and Me (2014).

Esther's latest novel I Couldn't Love You More was published on 27 May by Bloomsbury and is available to borrow from the Suffolk Libraries catalogue.

I was in my early twenties when I read two books, Voyage in the Dark by Jean Rhys and a little later, Lisa St Aubin de Teran’s Slow Train to Milan, and the idea that I might, one day, write a book, began to flicker in my mind. These books were not only beautifully written, the storylines wove memory and reflection with a forward moving plot to inspired me to look to my own life for a story.

Mr Mac and Me was the second book I’d set in Suffolk and it was a pleasure to be back. I found a memoir on a market stall - Can Your Mother Skin a Rabbit? - which gave me insights into rural life in a small village at the turn of the 20th century and several books set in Walberswick where the novel is set, and where Charles Rennie Mackintosh spent the first year of World War One. I also spent a lot of time researching Mackintosh’s life in Glasgow and that of his artist wife Margaret Macdonald. The more I knew about them both the more determined I was to write their story.

It is a multi generational story, told from the point of view of three women from the same family, and deals with love, mothering, secrets and lies. There is an adoption at the heart of it, and the search for belonging.

Since finishing I Couldn’t Love You More I’ve been writing short stories, one of which is going to be published in The New Yorker later this year.

So many books have changed my life, but I do credit that Jean Rhys novel, the first of hers I read, with sparking the desire to write a novel of my own.

Sit down every day and write. Don’t wait for the illusive inspiration.

I played an alien in Dr Who when I was 21. I still get asked to sign autographs. Those Whovians are remarkably persistent.