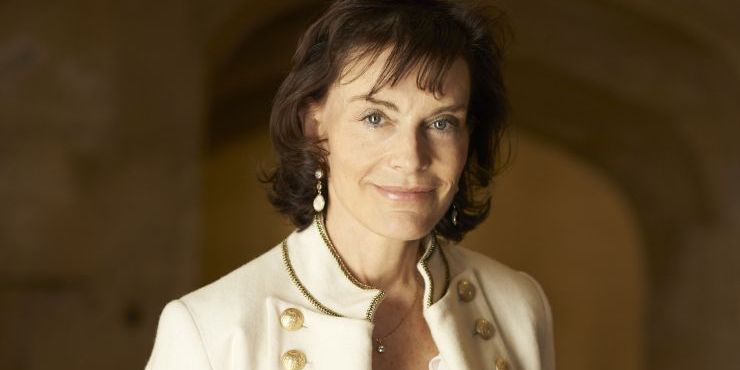 Caroline Montague is the author of three novels, An Italian Affair (2018), A Paris Secret (2019) and most recently Shadows Over the Spanish Sun which is published on 27th May by Orion Books. You can also find Caroline's books on our catalogue.

As a young girl there were three literary heroines who really inspired me. First has to be Jo from Little Women. My mother gave me the novel when I was ten years old and I loved her immediately. Jo was determined, passionate, and above all she pursued her dream to be a writer with single-minded determination. She was someone I wished to emulate, and she certainly fired my own aspirations.

Then came Jane Eyre an indignant and passionate young woman who survived and flourished despite the odds. Finally, it has to be Daphne du Maurier’s heroine who is only named after her marriage to Maxim de Winter. She survived the terrors of Manderley and triumphs in the end.

The story of ‘An Italian Affair’ had been in my mind for a few years. Every time I went to my house in Italy I was moved by the roadside memorials to partisans who lost their lives during the Second World War, and to entire communities affected by the dreadful reprisals in the final years of the German retreat through Italy. I decided to write a novel set in England and Italy about a family divided by war.

My path to publication took well over two years, because though it is primarily a love story, it took months of research into the Battle of Britain–– one of my heroes is a fighter pilot who after being shot down joins the SOE and is dropped into Italy. It was another year before I felt confident enough to write about the complicated history of the war on Italian soil.

Once the novel was written my agent submitted it to two publishers and I was incredibly lucky that Clare Hey who was head of women’s fiction at Orion at the time, chose it for her list, with another novel to follow. Then of course the round of edits started and that took another six months. Finally, my book was on the shelves.

There is an old apple orchard below my office window and beyond that, a field with three horses. When I am writing it is lovely to see their heads over the fence, trying to eat the grass on the other side. It is true the grass is always greener with horses.

I try to write for at least three hours a day including weekends. It is often more. I would like to say I settle down at the same time each day, but however hard I try something always gets in the way. When I am not writing I am always thinking about my story and coming up with new ideas. I keep a pad and pen by my bed for those night-time ideas.

Research plays an enormous part in my novels. You cannot write about something as controversial and intricate as the Spanish Civil War without a considerable amount of reading first. I am not a historian and would never try to be, but you do have to be familiar with the subject you are writing about. Though ‘Shadows Over the Spanish Sun’ is primarily a love story, much of the plot is woven around this tragic war.

I know I am ready to start writing when I have the entire story in my head and a full synopsis on paper. When I first embarked on my career as a novelist, it was all a little haphazard, the plot forming as it went along. I now realise this wastes time and often energy as I have more re-writes to do, frustrating for me, but more so for my editor!!

Throughout her childhood Mia Ferris spent her summer holidays at her grandfather’s hacienda in Spain. He has been her rock, her defender, so when she learns he has fallen from his horse she knows she belongs by his bedside, even if it means leaving her life in London and her new fiancée behind. As Leonard fights for his life and Mia struggles to save the family home from financial ruin, secrets begin to emerge that tell a different story of the past –– a terrible history that begins with a boy running for his life over the Andalusian hills and ends with a forbidden love that only war can destroy. As Mia untangles the passionate web of lies and betrayals, everything she thought she knew is turned upside down. Can she heal the wounds of the past and face the truth of her own heart?

My latest project is very exciting. For this novel I have returned to England, and once again I have used two timelines, the present day and the early twentieth century. I am setting the main story line in the Staffordshire potteries just after the First World war, in a time when Britain was struggling to get back on its feet and women were paid less and valued less than men in the workplace. My heroine is of course going to fight for change. It seems that in every one of my novels there is a strong woman!

One of my favourite books that I read this last year has to be ‘Where the Crawdad sings,’ by Delia Owens. She writes about nature with such poetry and Kya Clark the barefoot marsh girl is a wonderful heroine. Shunned by society she forges her own way in the world. It is a beautiful and tragic love story dealing with many issues from solitude to class. It was thought- provoking, wise and deeply moving.

Of course I love hundreds of authors, but Margaret Atwood is up there for me. Her novel Alias Grace kept me enthralled, troubled, but having to read more. Another author is Maggie O’Farrell. She writes exquisitely, every word means something and her latest novel Hamnet left me spell-bound.

If I had not become a writer I would have loved to have been an actress. I love the spoken word and at school I couldn’t wait to be in the school plays. I probably wouldn’t have been any good, but you can still dream!

For several years I competed in dressage at advanced level. I love everything about horses, their loyalty, their companionship and their generosity. I only gave it up when my beautiful dressage horse Skippy was killed on our cattle grid at home. I learnt later that he bolted after someone tried to steal him from our field.

‘In Shadows over a Spanish Sun,’ my hero is Leonardo, a young caballero, who rescued his horse from a life of hardship and developed a bond that would survive throughout the Civil War and for years afterwards. I actually cried when Saturno’s life had to end.