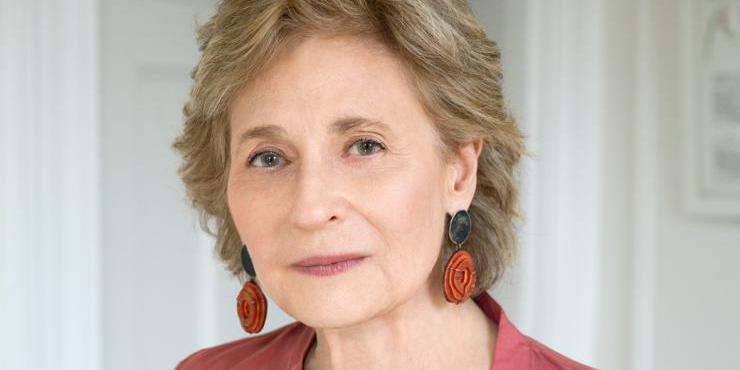 Arlene Heyman was born in the United States, in Newark, New Jersey. She grew up in the suburbs of Newark, attended public schools there, and then graduated from Bennington College in Vermont. The year after graduation she spent writing short stories in Madrid on a Fulbright Fellowship, and then returned to the U.S., to Syracuse University, where she received an M.F.A. For six years, while publishing short stories in The New American Review and other literary magazines, she taught freshman English and World Literature at community colleges in Upstate New York.

She went on to become a physician (M.D. from University of Pennsylvania in Philadelphia), and then fell in love with psychiatry and psychoanalysis. She lives in Manhattan, where she is in private practice and writes fiction. Scary Old Sex (2016), a collection of her short stories was her first book.

In July 2020 Arlene publishes her first novel, Artifact which tells the story of an independent woman's coming of age.

I always knew I wanted to write. I can’t remember any time when I wanted to do anything else (but that just can’t be true.) In the early grades, when we were given words to spell, I put them into sentences and then paragraphs. By 8th grade, I was either editor-in-chief or my best friend Alicia Quigley and I were co-editors of the school newspaper THE ROUGH RIDER (our junior high was called Theodore Roosevelt Junior High School) and we would stay up all night putting the articles together; we probably wrote most of them.
As for literary heroes, I think my real literary heroes were my maternal Aunt Betty and my maternal Uncle Leonard. They bought me books—THE BOBBSEY TWINS, THE FIVE LITTLE PEPPERS AND HOW THEY GREW. And they themselves read everything—indiscriminately. They read junk as well as high-brow literature. I saw very early that reading was a way of life. When I started writing, they read and saved everything I wrote.

My mother would find contests in magazines and newspapers for me to enter; my father was thrilled that I kept winning awards—he told me when I was in my residency in psychiatry that he couldn’t believe I came out of him. But they were not readers, my parents. However, my Aunt and Uncle read everything I wrote and they thought everything I wrote was good and they told me so. I still have letters around the house from them praising this story or that one and forseeing a big career for me.
By literary heroes, I imagine you don’t want to hear about my relatives; you probably mean what writers did I love growing up. When I was in high school, I typed up in triplicate—three sheets of onionskin, two sheets of carbon paper--whole chapters from Dostoevsky’s CRIME AND PUNISHMENT and also from Thomas Wolfe’s LOOK HOMEWARD, ANGEL and I mailed them to friends. I was so moved by what they’d written. I must have also believed I had discovered these writers and I wasn’t wrong because when you come upon a writer you love, you discover him or her. He is yours. (At that time and in my consciousness, there were mostly “he’s.”) And you have to show someone in detail how good he is and what better way than to type up a whole chapter. I probably also hoped their writing would somehow sink into my heart and soul and my writing if I copied it all out.

When I was in college and began studying with Bernard Malamud, I loved his writing. And I still do. Even after his death, for many dry-ish years when I published little, his good opinion of me as a writer and his complete confidence that I would stick with writing and get it out into the world helped me to persevere.

2) Your book of short stories SCARY OLD SEX (2016) surprised a lot of people with its honest treatment of intimate relationships for older people. Were you pleased with how it was received by readers and reviewers?

I really didn’t realize I was doing anything unusual—I just thought I was writing short stories the best I could—and so I was astonished and thrilled by how brave and even taboo the book was deemed by many reviewers. In fact, a first book of short stories often makes no kind of splash at all and this one, much to my surprise, created waves and waves of excited, respectful reviews. Many readers loved the book as well; a number wanted to become my patients (I’m a psychiatrist and a psychoanalyst), which is a very high compliment. There were some readers of course who wrote on Amazon that the book wasn’t worth the money or that they wanted to throw SOS out the window; and these reactions did not please me at all.

3) I read somewhere that you lived with the manuscript of ARTIFACT for several years. Did you always believe that it would find an audience?

Yes, I did. In the nineties, it won Epoch Magazine’s Baxter Hathaway Award as best novella. Meantime, I’d expanded it into a huge novel, around 800 pages. I had a good agent, Bob Lescher, but the book got rejected all over the place. Then I chopped the novella into a short story “Artifact,” which appeared in SCARY OLD SEX. And after that I gave the 800-page monster to Sandra Newman, a wonderful editor and writer who said, “There’s a novel in there,” and made some brilliant suggestions about how to get it out. I spent a couple of more years rewriting it and now here it is, published by Bloomsbury. When I meet with praise, it nourishes me, and I grow confident.

4) Lottie Kristin is a fascinating character. The book was over 800 pages at one stage. Did you ever worry that you might lose the essence of her character in the editing process?

No, that never occurred to me. I wasn’t just editing, I was rewriting. Actually, I made Lottie more complex as I rewrote. One of the problems in the big, big version was that Lottie didn’t see how much damage she was doing her daughter as Lottie struggled to become who she wanted to be. In the novel as it stands now, she knows, she worries about it, she feels guilty but she does it anyway. That makes her a much more real, conflicted character.

5) As I write this we’re still in lockdown. What have been the challenges to you as a writer and in your career as a psychiatrist and psychoanalyst?

The biggest challenge has been not catching the virus and dying. I’m 78 years old. I’d like to get as much more time as I can.

I’m almost finished listening to THE SPLENDID AND THE VILE: A SAGA OF CHURCHILL, FAMILY, AND DEFIANCE DURING THE BLITZ by Erik Larson. Churchill was a superb leader in dreadful times—45,000 Britons died from Hitler’s bombs during the first year Churchill was prime minister; and yet he emboldened his countrymen and held them together. 100,000 Americans have died in the three months we’ve been dealing with the covid-19 crisis and our president has made us more fearful and has driven us apart.

I’m reading Rebecca Skloot’s THE IMMORTAL LIFE OF HENRIETTA LACKS, about a poor, uneducated black woman who died at the age of 31 and whose cancer cells, known as HeLa cells, have grown and been distributed widely among scientists and have contributed to many breakthroughs in understanding and curing diseases. To my knowledge, no one in her family ever gave permission for her cells to be used nor did any family member receive reimbursement; I’m sure pharmaceutical companies made millions.

And I’m reading THE ARCHAEOLOGY OF MIND—NEUROEVOLUTIONARY ORIGINS OF HUMAN EMOTIONS by Jaak Panksepp and Lucy Bivens. It lays out where in the brain our strongest emotions come from, and how much we share with other mammals and birds and reptiles and it has profound implications for psychotherapy.

I’ve just reread Camus’s wonderful THE PLAGUE (I love Dr. Rieux’s statement that “he resolved to compile this chronicle, so that he should not be one of those who hold their peace but should bear witness in favor of those plague-stricken people; so that some memorial of the injustice and outrage done them might endure; and to state quite simply what we learn in time of pestilence: that there are more things to admire in men than to despise.” And now I’d like to read other plague fiction. So I am trying to find out who are the best translators of THE DECAMERON and of Manzoni’s THE BETROTHED. And I think I’d like to read Defoe’s JOURNAL OF THE PLAGUE YEAR.

7) What is the best advice you were ever given?

When you send out a manuscript, have at the ready the cover letter to the next publisher you’re sending it to so that when the manuscript comes back, you remove the rejection letter (be sure to remove the rejection letter) and shoot the story out again. That advice was given me by Bernard Malamud. He died in 1986 and now of course books are submitted electronically or if a writer is lucky enough to have an agent, she or he does the submitting. But the underlying advice is, expect rejection; don’t let it overwhelm you; keep sending your book out until it gets taken.

8) Can you tell us one thing about yourself that your readers may not know? No. I’ve already talked too much. And I’m a writer and a psychoanalyst, so keeping a little for the reader’s or the patient’s imagination is a necessary thing.