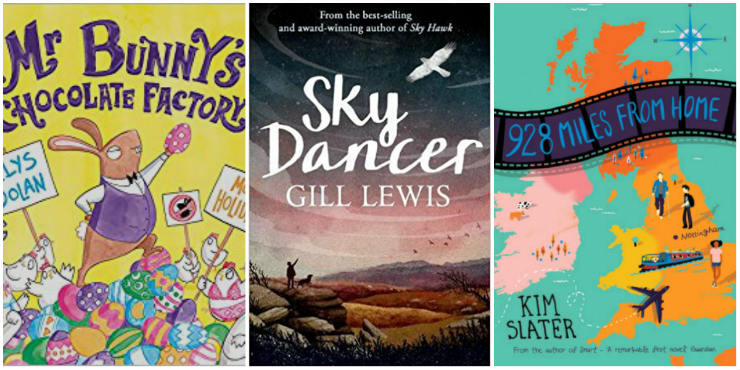 The Little Rebels Award recognises children’s fiction which fights for social justice and social equality, and against stereotypes and discrimination. The books on this year’s shortlist blend excellent storytelling with important messages. The winner will be announced at the London Radical Bookfair on Saturday 2 June.

Clive is a Nurse, by Jessica Spanyol

“What will Clive be today? Follow Clive and his friends as they explore the many things a nurse does in a day.”

The judges say Clive is a Nurse “busts gender stereotypes with warmth and humour.”

“As a child in Pakistan, Malala made a wish for a magic pencil that she could use to redraw reality. She would use it to give gifts to her family, to erase the smell from the rubbish dump near her house, to sleep an extra hour in the morning.

“As she grew older, Malala wished for bigger and bigger things. She saw a world that needed fixing. And even if she never found a magic pencil, Malala realized that she could still work hard every day to make her wishes come true.

“This beautifully illustrated picture book tells Malala’s story, in her own words, for a younger audience and shows them the worldview that allowed her to hold on to hope and to make her voice heard even in the most difficult of times.”

“Mr Bunny’s Chocolate Factory is where your Easter Eggs are made. But when the hard-working chickens at the factory have had enough of making Mr Bunny rich, they decide to go on strike – and it’s time for Mr Bunny to find out what it’s really like on the factory floor.”

The Muslims, by Zanib Mian

“Omar is a kid with a huge imagination. He knows a thing or two about getting through life as a nine year old Muslim in Britain. When Omar’s life is turned upside down as he moves to a new school and becomes the school bully’s new victim, his imagination goes into overactive mode. He attempts to apply the Islamic teachings his family have equipped him with, to his now very challenging life, with entertaining results!”

“When the whole community is divided over the fate of the hen harriers that nest up there in the heather, Joe finds himself stuck right in the middle, with a choice to make, and a huge secret to keep. Joe can’t do what’s right for everyone. But can he find the strength to fight for what he really believes in?”

“Laila Levenson has always been the baby of the family, but now with her older siblings, Mira and Krish, leaving home just as she starts secondary school, everything feels like it’s changing… can the reappearance of Nana Josie’s Protest Book and the spirit it releases in Laila, her friends and her local community, help her find her own voice and discover what she truly believes in?”

928 Miles from Home, by Kim Slater

“14 year old Calum Brooks has big dreams. One day he’ll escape this boring life and write movies, proper ones, with massive budgets and A-list stars. For now though, he’s stuck coping alone while his dad works away, writing scripts in his head and trying to stay ‘in’ with his gang of mates at school, who don’t like new kids, especially foreign ones.

“But when his father invites his new Polish girlfriend and her son, Sergi, to move in, Calum’s life is turned upside down. He’s actually sharing a room with ‘the enemy’! How’s he going to explain that to his mates? Yet when Calum is knocked down in a hit-and-run and breaks both legs, everything changes. Trapped at home, Calum and Sergi slowly start to understand each other, and even work together to investigate a series of break-ins at the local community centre.”

“But when his clever older brother, Musa, gets mixed up with some young political activists, everything changes. Before long, bombs are falling, people are dying, and Omar and his family have no choice but to flee their home with only what they can carry. Yet no matter how far they run, the shadow of war follows them - until they have no other choice than to attempt the dangerous journey to escape their homeland altogether. But where do you go when you can’t go home?”

Welcome to Nowhere was also nominated for the Scottish Teenage Book Prize 2017 and the 2018 Carnegie Medal.