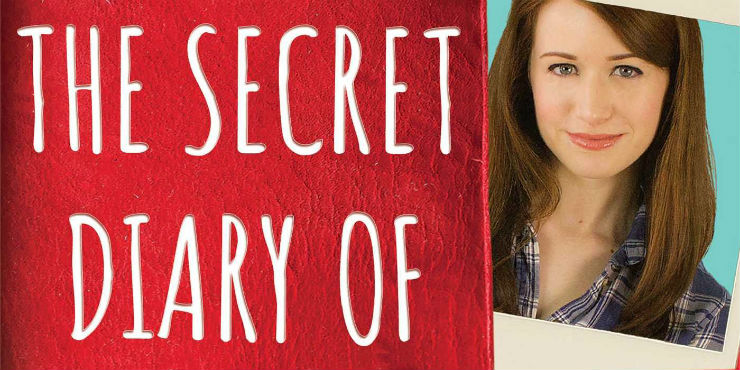 The Diary of Dorkius Maximus in Pompeii by Tim Collins

Awkward 13 year old Dorkius Maximus lives in Ancient Rome and has cleverly written via the pen of Tim Collins a light historical caper of a diary, complete with faux Roman dates.

10 year old Pippa starts a diary to fill a gap in her life when her best friend moves away. Very readable, dealing with some of the common issues for ‘tweenagers’.

Pirate diary: the journal of Jake Carpenter by Richard Platt

Based on the life of a 9 year old boy from New England whose ship was captured by pirates. It’s packed with pirate facts and illustrated by Chris Riddell!

What a lie! Little Wolf has not written a diary at all. He has written loads and loads and loads of letters to his mum and dad. But they are jolly good to read, particularly with his phonetic spellings. Oh, and Tony Ross’ illustrations of course.

The diary documents a year in the life of a young woman driving an ambulance in France during WWI. The expressive narrative should enrich learning from non-fiction books on the subject.

The Isobel Journal by Isobel Harrop

Scrapbook documenting the life of the teenage author. It’s rather like Wreck this journal, but already filled in. It’s very funny and I loved it.

I capture the castle by Dodie Smith

First published in 1949, it’s still delighting readers 65 years later. It often appears in lists of favourite books and has a local connection too; Dodie Smith once lived near Sudbury and the movie version was filmed at Framlingham Castle.

The Dirt Diary by Anna Staniszewski

This diary is a salvation, and then a liability. 13 year old Rachel’s life hits a new low when her mum sets up a cleaning business employing just her and gets even worse when she has to clean the houses of all her school mates. Her life begins to look up when she captures their secrets in her newly named “dirt diary”. It’s very funny and would make a brilliant film.

An hilarious diary about Ben, a teenage boy who takes up knitting to avoid being sent to a pupil referral unit. In the sequel, he flies to New York to take part in a knitting competition.

Based on a multi-platform adaptation of Pride & Prejudice. You may already have seen it on YouTube or Tumblr, but if not, watch this then read the book. The Guardian says they “like to think that if Austen were alive now, she might have created something very like this”.