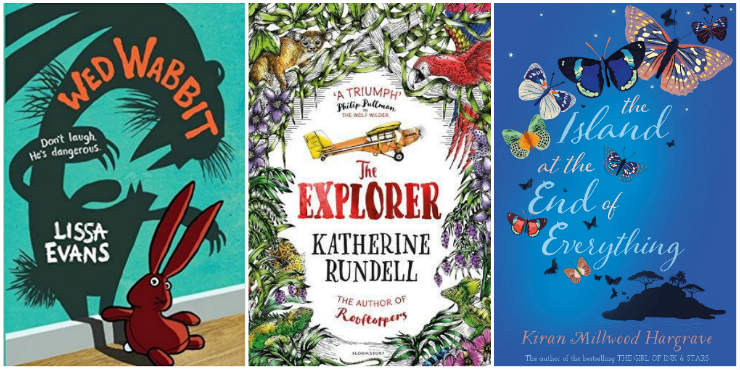 The shortlist for the 2017 Costa Children’s Book Award has been announced. The four nominated books are well worth a read, and the winner will be declared on 2 January 2018.

Last year’s winner was The Bombs That Brought Us Together, by Brian Conaghan.

“You’re called Fidge and you’re nearly 11. You’ve been hurled into a strange world. You have three companions: two are unbelievably weird and the third is your awful cousin Graham. You have to solve a series of nearly impossible clues. You need to deal with a cruel dictator and three thousand Wimbley Woos (yes, you read that sentence correctly). And the whole situation - the whole, entire thing - is your fault.”

Wed Wabbit is also available as an eBook on OverDrive and eAudiobook on BorrowBox.

The Explorer, by Katherine Rundell

The Island at the End of Everything is also available as an eBook on OverDrive.

“Joe hasn’t seen his brother for ten years, and it’s for the most brutal of reasons. Ed is on death row. But now Ed’s execution date has been set, and Joe is determined to spend those last weeks with him, no matter what other people think. From one-time winner and two-time Carnegie Medal shortlisted author Sarah Crossan, this poignant, stirring, huge-hearted novel asks big questions. What value do you place on life? What can you forgive? And just how do you say goodbye?”