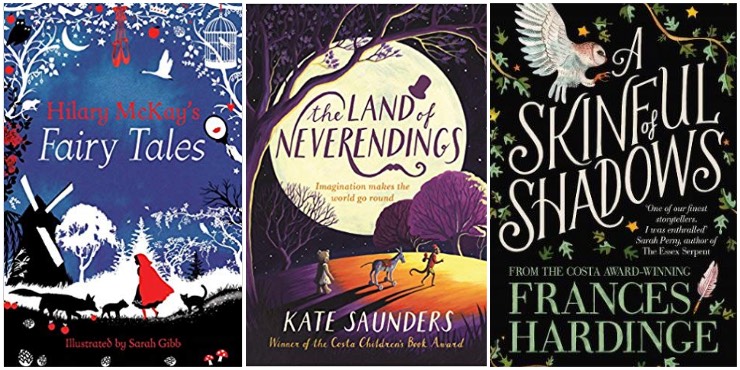 “It’s 1991. Charlie Bell is still mourning his father, and struggling to figure out how he feels for his best (girl) friend, CJ. When he gets into trouble one too many times, he’s packed off like the Fresh Prince to stay with his grandparents for the summer.

“There his cousin Roxie introduces him to a whole new world: basketball. A legend on the courts is born. But can Charlie resist when trouble comes knocking once again?”

“Evelyn is 17, and though she is rich and clever, she may never be allowed to follow her older brother to university. Enraged that she is expected to marry her childhood sweetheart rather than be educated, she joins the Suffragettes, and vows to pay the ultimate price for women’s freedom.

“May is 15, and already sworn to the cause, though she and her fellow Suffragists refuse violence. When she meets Nell, a girl who’s grown up in hardship, she sees a kindred spirit. Together and in love, the two girls start to dream of a world where all kinds of women have their place.

Read Amélie’s review of Things a Bright Girl Can Do →

“It’s 1979, and 13-year-old Lydia has no idea how she’ll cope when her dad announces that the family has to sell up and move onto a Thames sailing barge in Essex. With his girlfriend. And her three kids. Between trying to keep her clothes dry in a leaky cabin, disastrous hair-dye attempts, awkward encounters with local boys, and coping with her suddenly enormous and troublesome family, Lydia fears she’ll sink rather than swim.”

The Weight of a Thousand Feathers, by Brian Conaghan

“Bobby Seed is used to going the extra mile for the ones he loves, and he does it willingly. It’s up to Bobby to get Mum her pills, to help her up the stairs, to laugh her out of her pain. It’s up to Bobby to comfort his little brother Danny, to explain why Mum’s not like the Mum they remember.

“One day, he’s asked to go further. Mum asks him the big question. The one many would find unthinkable. If he agrees, he won’t just be soothing her pain. He’ll be helping to end it. Would he? Could he?”

Read Amy’s review of The Weight of a Thousand Feathers →

My Side of the Diamond, by Sally Gardner

“Jazmin has been shunned ever since her best friend Becky disappeared. But Becky didn’t just disappear - she jumped off a tall building and seemingly never reached the ground. It was as if she simply vanished into thin air. Did Jazmin have something to do with her disappearance? Or was it more to do with Icarus, so beguiling and strangely ever youthful, with whom Becky became suddenly besotted?”

Read Amélie’s review of My Side of the Diamond →

“Samkad lives in a tribe deep in the Philippine jungle at the end of the nineteenth century, and has never encountered anyone from outside his own tribe before. He’s about to become a man, and while he’s desperate to grow up, he’s worried that this will take him away from his best friend, Little Luki.

“However, Samkad’s world is about to change utterly. A strange man with white skin arrives in his village, and Samkad discovers the brother he never knew he had. A brother who tells him of people called ‘Americans’. Americans who are bringing war, and burning, to Samuel’s home.”

The Poet X, by Elizabeth Avecedo

“Xiomara has always kept her words to herself. When it comes to standing her ground in her Harlem neighbourhood, she lets her fists and her fierceness do the talking.

“But X has secrets – her feelings for a boy in her bio class, and the notebook full of poems that she keeps under her bed. And a slam poetry club that will pull those secrets into the spotlight.

“Because in spite of a world that might not want to hear her, Xiomara refuses to stay silent.”

Long Way Down, by Jason Reynolds

“After Will’s brother is shot in a gang crime, he knows the next steps. Don’t cry. Don’t snitch. Get revenge. So he gets in the lift with Shawn’s gun, determined to follow The Rules.

“Only when the lift door opens, Buck walks in, Will’s friend who died years ago. And Dani, who was shot years before that. As more people from his past arrive, Will has to ask himself if he really knows what he’s doing.”

The Land of Neverendings, by Kate Saunders

“When Emily’s sister, Holly, dies, she is surprised by how much she misses Holly’s toy bear. Bluey was a constant companion for Holly, always beside her in her wheelchair, and Emily used to make up stories about him and his escapades in the magical world of Smockeroon.

“But then very strange things start to happen. Emily dreams of talking toys visiting her bedroom, telling her that they have come from Smockeroon, and have a message for her from Bluey. Is it possible that the land of Emily’s imagination really exists? And does this mean there can always be a ‘happily ever after’? Do things really have to end after all?”

The Colour of the Sun, by David Almond

“One hot summer morning, Davie steps boldly out of his front door. The world he enters is very familiar - the little Tyneside town that has always been his home - but as the day passes, it becomes ever more dramatic and strange. A boy has been killed, and Davie thinks he might know who is responsible.

“As he turns away from the gossip and excitement and sets off roaming towards the sunlit summit at the top of the town, where the real and imaginary world begin to blur.”

The Astonishing Colour of After, by Emily X. R. Pan

“Leigh Chen Sanders is sixteen when her mother commits suicide, leaving only a scribbled note: ‘I want you to remember’. Leigh doesn’t know what it means, but when a red bird appears with a message, she finds herself travelling to Taiwan to meet her maternal grandparents for the first time.

“Leigh is far away from home and far away from Axel, her best friend, who she stupidly kissed on the night her mother died - leaving her with a swell of guilt that she wasn’t home, and a heavy heart, thinking she may have destroyed the one good thing left in her life.

“Overwhelmed by grief and the burden of fulfilling her mother’s last wish, Leigh retreats into her art and into her memories, where colours collide and the rules of reality are broken. The only thing Leigh is certain about is that she must find out the truth.”

Read Amy’s review of The Astonishing Colour of After →

A Skinful of Shadows, by Frances Hardinge

“When a creature dies, its spirit can go looking for somewhere to hide. Some people have space inside them, perfect for hiding. Makepeace, a courageous girl with a mysterious past, defends herself nightly from the ghosts which try to possess her. Then a dreadful event causes her to drop her guard for a moment. And now there’s a ghost inside her.

“The spirit is wild, brutish and strong, but it may be her only defence in a time of dark suspicion and fear. As the English Civil War erupts, Makepeace must decide which is worse: possession - or death.”

“Hilary McKay’s Fairy Tales is a classic fairy-tale collection to treasure. Featuring Hilary McKay’s imaginative retellings of key favourites, this ten-story collection includes the much-loved tales of Rapunzel, Cinderella, The Princess and the Pea, Rumpelstiltskin, The Pied Piper of Hamelin, The Swan Brothers, Snow White and the Seven Dwarves, Red Riding Hood, The Twelve Dancing Princesses and Hansel and Gretel.”

A Different Boy, by Paul Jennings

“Loosely based on Paul Jennings’ journey to Australia as a ‘ten pound Pom’, the story of Anton, who escapes from an orphanage and successfully stows away on a boat headed for the land of ‘sunshine and steaks’ has a timeless reality of its own. It is a tale of loss, guilt, mistaken identity and taking risks but also surprisingly heartwarming and heartbreaking.”

“The Great Network is changing. New worlds, new alliances, new enmities. For Threnody the changes have brought great power. For Zen and Nova they have brought separation. For the trains that run from world to world, they have brought questions. Now all of them must find out what really matters to them and who they really are.”

“All over the country, there are words disappearing from children’s lives. These are the words of the natural world - Dandelion, Otter, Bramble and Acorn, all gone. The rich landscape of wild imagination and wild play is rapidly fading from our children’s minds. The Lost Words stands against the disappearance of wild childhood. It is a joyful celebration of nature words and the natural world they invoke.”

Read Eleanor’s review of The House with Chicken Legs →

“The gods of the Vikings come to life as never before in this extraordinary illustrated anthology by Carnegie Medal-winning author Kevin Crossley-Holland and astonishing artist Jeffrey Alan Love.

“These dramatic, enthralling and atmospheric tales are based on the Scandinavian myth cycle - one of the greatest and most culturally significant stories in the world - and tell of Odin with his one eye, Thor with his mighty hammer and Loki, the red-haired, shape-shifting trickster. In this stunning illustrated anthology of myths, the strange world of ancient magic, giants, dwarfs and monsters is unforgettably imagined.”