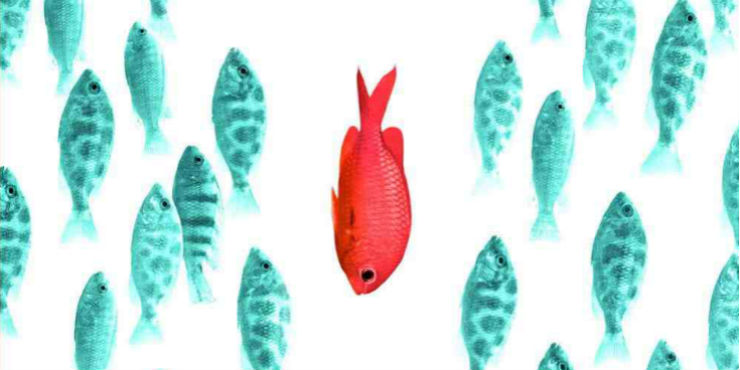 Best board books for babies

Where is Maisy? by Lucy Cousins

A lift-the-flap book with clear illustrations and sturdy flaps.

Poses important questions to the discerning baby such as, “Which bear would you choose?”

The animals gather on Mr Horse’s back as he trots along, until they cry “Whoa!” with inevitable consequences.

We love the new Flip Flap series where you turn the top and bottom of each page independently to create the most unusual animals. I think my favourite animal in this book is the Hirrel (horse/goat) or perhaps the Chow (chicken/cow).

The Queen’s Hat by Steve Antony

Capturing the essence of London and Englishness, a troop of guardsmen follow the Queen on a windy day as she chases around London’s famous landmarks in pursuit of her hat. If you look closely you might notice her butler running through the book carrying a tray set for afternoon tea.

Nicola O’Byrne was nominated for the Greenaway prize for her stunning illustrations. I think she should win it for the cover alone – those teeth! (well I suppose it is subtitled “a book with bite”!)

Ten very modern princesses set off to the ball, but one by one they are lured away.

Elmore was an only child until a new baby arrived to usurp him. Lauren Child’s book is just about perfect and already becoming a classic ‘situation’ book for parents and playgroups.

Brave little Clementine, teaches a misunderstood bear, George, which changes his life for ever. If you want a book to promote the joy of reading, then Bears Don’t Read should be just the job.

Shortlisted for the Red House Book Award 2015, this is the hilarious story of the babysitter who loses her cool, and the children who eventually fell asleep. I haven’t threatened that particular dire warning yet, but it’s such a good line, it’s only a matter of time.

In this prehistoric version of The boy who cried wolf, self-appointed look-out Bonehead cries “Gigantosaurus!” once too often. Come on, altogether now – “His feet go stomp and his jaws go crunch, and in the blink of an eye you’ll be his …”

The wolf is no match for the very bossy toddler in this retake on a classic tale. Both text and illustrations are full of humour and it reads aloud as smoothly as a knife through butter. A sheer delight from start to finish – my absolute top favourite picture book of 2014.

We were delighted when these gentle stories were republished earlier this year. They are perfect for newly independent readers.

Boyface and the Quantum Chromatic Disruption Machine by James Campbell

This is the story of Boyface Antelope who longs to turn 10 so he can become a stripe-monger like his dad. And as if that weren’t crazy enough, in his second story we meet a tartan badger and after Christmas we’ll be introduced to the “uncertain ponies”. We’ve got loads of copies on order for January.

The Jolley-Rogers and the ghostly galleon by Jonny Duddle

Amusing story about Matilda and Jim Lad, the crew from The Pirates Next Door. It’s just the right length for children who have progressed to chapter books at bedtime. Rumour has it that it’s the start of a series. Good!

Third story about Mortimer Keene, child genius. In this episode, Aliens abduct Mr Bevan the English teacher. However, the aliens just want to learn about Shakespeare!

Delightful adventure about Archie Slipper who adopts a biscuit mad cat to the dismay of his family.

Ladybird books have refreshed their Read it yourself series, and this title from Level 1, is based on the Peter Rabbit TV series. It has great cover appeal, the illustrations are photographic quality and the type face is large and bold. Perfect for a child just learning to read by themselves.

The Parent Agency by David Baddiel

Just imagine being able to choose your own parents – Barry did and it wasn’t as much fun as he’d hoped. An original and very funny book from a well known comedian.

The Time-travelling sandwich fights back by Matt Brown

Second title in the series about Compton Valance. It’s gross. Should go down well then. (The book, not the sandwich!)

It’s difficult to choose just one favourite from this new comic books series. The Diary of Dennis the Menace is set to run and run, bringing tasteful humour to a new generation of nostalgic dads. As the back cover says, “All aboard the vomit comet!”

The Tin Snail by Cameron McAllister

Family story woven around the history of the 2CV. Set in WWII France, the plot moves from Paris to a small village and back again. Potential to become a wonderful film.

Goth Girl and the fete worse than death by Chris Riddell

Literary parody, full of cultural allusions and eccentricities. If you haven’t come across Goth Girl before, you might be better starting with the first title in the series, Goth Girl and the Ghost of a Mouse. Both are a pleasure to look at and a hoot to read.

Sophie is on a quest to find her long lost mother in this filmic novel set on the rooftops of Paris. It has won 2 awards so far and been shortlisted for Carnegie.

Five Children on the Western Front by Kate Saunders

One clutch of excellent First World War books for children, this is a beautifully written sequel to Nesbit’s classic novel. It’s a good excuse the re-read the original too.

The Dark Wild by Piers Torday

Winner of the Guardian Children’s Book Prize, this gripping novel is for top juniors (or young teens) set in a menacing world where most animals have died.

The Apple tart of hope by Sarah Moore Fitzgerald

Sarah Moore Fitzgerald is a talented writer whose first book Back to Blackbrick was also published in 2014. That book dealt with dementia, this one with girl on boy bullying. It’s a compelling read, sad but uplifting too; Subtitled “There’s always a crumb left”

Year of The Rat by Clare Furniss

15 year old Pearl’s mum dies giving birth to her baby sister, the “rat” from the title. The book documents the achingly sad life of the family through the following year. Debut novel from an author to watch that is brilliant, moving and compassionate.

The child genius at the centre of the story is forced to adapt and change her life following the sudden death of her parents. Her achievements are astonishing, as is the book, which explores cultures, life-styles and misconceptions.

Amazing jobs: with over 50 flaps to lift! by Lonely Planet

This is one of Lonely Planet’s new “World Search” series; like a cross between Where’s Wally and an atlas.

Published by The Big Picture Press, this is a “visual museum” of animal life. It looks like a Victorian reprint so may appeal to nostalgic adults more than children, but it’s a stunning book from a very interesting publishing house.

Tiny: the invisible world of microbes by Nicola Davies

Nicola Davies’ accessible explanation of microbiology could spell the end to repeated requests that children should wash their hands before eating. Successfully illustrates both huge numbers and microscopic size.