I met with some year 7 pupils from East Point Academy and Pakefield High School at Lowestoft Library on Friday 11 February for our first digital roadshow of 2016. The aim of the day was for pupils to take part in a series of exciting sessions in their local library and to learn new skills in 3D printing, basic coding and even build a computer.

Our Digital Roadshow is well underway! Pupils are now taking over the Twitter feed! pic.twitter.com/vdsMkJcj06

For the 3D printing, pupils worked with Henry Evans from Suffolk Libraries IT department and used Google Chromebooks to create their designs before sending them to the 3D printer. Pupils were quick to pick up the new skills and were soon creating some amazing 3D models including some protective cases for their smartphones. It was a great way to express their creativity by using technology.

The Kano Computer Kit is a small but powerful computer with a difference: Pupils have to build it before they can use it! Working in a small team the pupils had to put the components together before crossing their fingers and pressing the on button. They were then able to use some of the preloaded Kano apps and take part in some Minecraft coding. 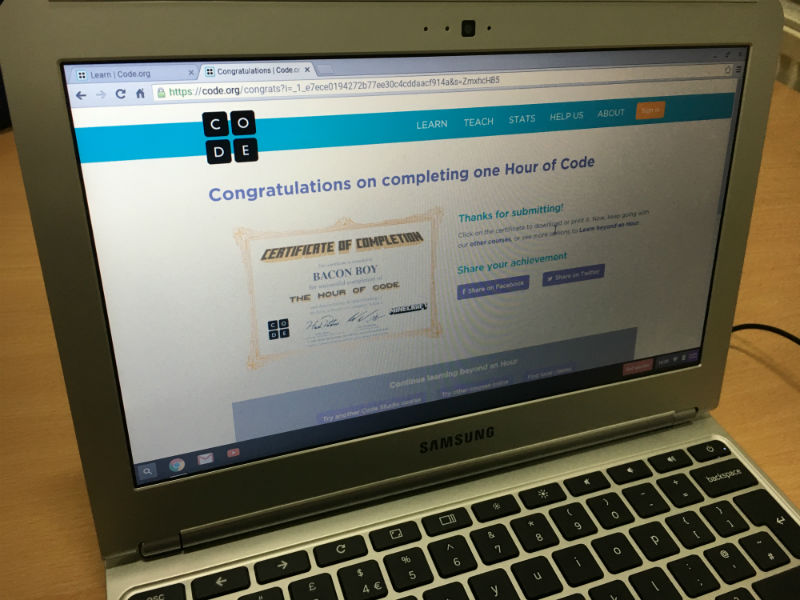 The final session looked at one of the fantastic coding websites linked to the BBC Make It Digital campaign. Using the free Hour of Code from Code.org, pupils worked independently to program droids, build a Minecraft world and even create their own Flappy Bird game.

Feedback about the roadshow from the young people was universally positive with one pupil commenting, “I really enjoyed today because I learnt something new and had fun”, and another stating that “I would really like to get my own 3D printer to do stuff with!”. Teaching staff also commented that pupils had used literacy skills throughout the day by reading what were at times quite complex instructions both in print and online.

Pupils also had a tour of the library, took over the @SuffolkLibrary Twitter account, activated their new ‘Beyond the Book’ library cards and borrowed some books.

The digital roadshow was made possible through a successful grant bid by Nicky Evans of the Suffolk Libraries’ IT department to the Arts Council ‘Making the Most of WIFI’ programme. We hope to offer more Digital Roadshow days to schools across Suffolk over the coming months.