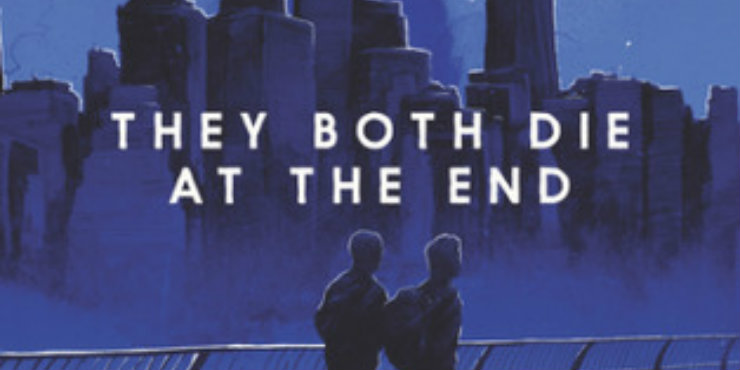 See They Both Die at the End in our catalogue

“When Mateo receives the dreaded call from Death-Cast, informing him that today will be his last, he doesn’t know where to begin. Quiet and shy, Mateo is devastated at the thought of leaving behind his hospitalised father, and his best friend and her baby girl. But he knows that he has to make the most of this day, it’s his last chance to get out there and make an impression.

“Rufus is busy beating up his ex-girlfriend’s new boyfriend when he gets the call. Having lost his entire family, Rufus is no stranger to Death-Cast. Not that it makes it any easier. With bridges to mend, the police searching for him and the angry new boyfriend on his tail, it’s time to run. Isolated and scared, the boys reach out to each other, and what follows is a day of living life to the full.”

They Both Die at the End is a real celebration of life, love and how easily it all can be taken away. I adored how it encouraged you to live life to the full every day, because you never know how long it will last. This message really struck a chord with me and I think it will with many other readers as well.

I loved how the seemingly insignificant secondary characters got their own chapters or subplots, creating a multi-faceted story that brought many lives together.

Death-Cast is such a smart idea that added so much to the creation of this futuristic world. I adored the clever and intriguing universe Silvera has created in this book, and I really want him to explore it further in future books.

They Both Die at the End is a phenomenal book, which is incredibly powerful and moving. If you liked Silvera’s History is All You Left Me and/or The Sun Is Also a Star, by Nicola Yoon, you will love this book.