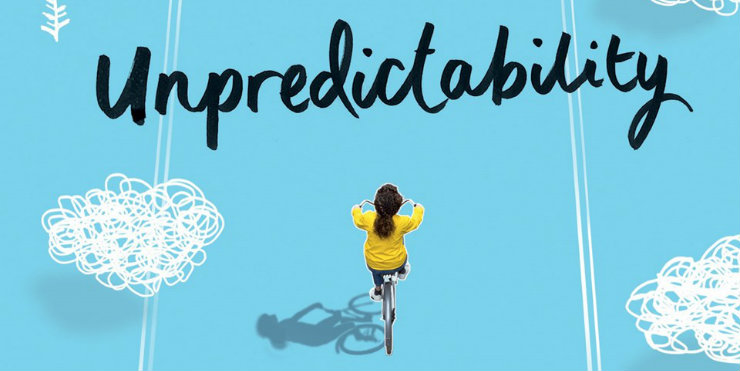 See The Unpredictability of Being Human in our catalogue

“If 14-year-old Malin was God for a day, she wouldn’t change much. Dad would still yell; her brother Sigve would still get in trouble, and Mom would still think wine is good for the heart. She’d still be friends with Hanna, even if they met shoplifting. Because stuff’s okay, mostly. And if He could fix the world, wouldn’t God have done it already?”

This intriguing debut novel was an unexpected read. It was darkly humorous at times, but really emotional at others.

Malin is the most accurately portrayed teenager I’ve read about for a while; she is naïve but smart and quite blunt. She isn’t really aware of social norms all the time, but this endeared me to her character. Her family is a bit complicated, but I found this quite realistic.

The plot is fast-moving, but believable. Ingemundsen’s writing style is quite condensed, meaning that you can easily get through a few chapters in one sitting.

The Unpredictability of Being Human is a relatively quick read with a quirky, relatable main character.