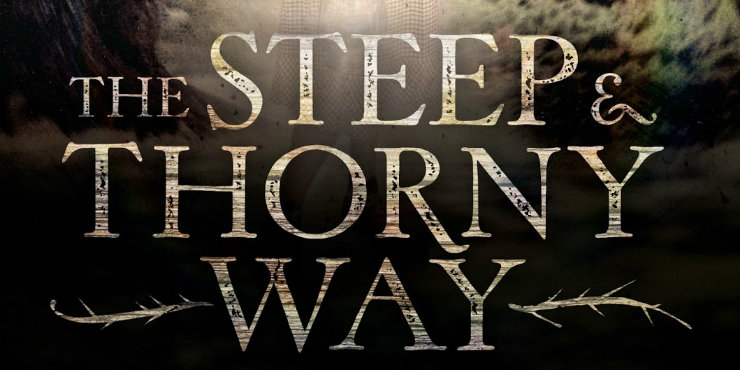 See The Steep & Thorny Way in our catalogue

“Love people more fiercely than they could ever dream of loving.”

Was Hank Denny’s death an accident or was it murder most foul? This is what we have to decide as we delve into a book that has it all: prohibition, bootleggers, a hidden gay relationship, the Ku Klux Klan, the supernatural and an alleged drunk driver.

Hanalee is the daughter of a white woman and an African-American man. Many people in the town of Elston, Oregon during the 1920s don’t think she belongs there, and the mysterious death of her father and the secrecy around it make her even more of an outsider. As Hanalee starts to question what truly happened to her father that night, she soon discovers things may not be quite as they seem.

A reimagining of Shakespeare’s Hamlet (keep an eye on the chapter titles), The Steep & Thorny Way is full of mystery and twists that have you thinking one thing when quite the opposite is actually true. At the very heart of the book is a fight for survival, friendship, and love. I absolutely lived in the main characters’ world: I felt for them, I struggled with them, and I wanted nothing more than to see them overcome the obstacles they faced. Hanalee in particular was determined to be the very best version of herself she could be despite the barriers in the way.

The Steep & Thorny Way is an emotional, twisty read that taught me about a period of history I was less familiar with. This is the second novel by Cat Winters that I have read and enjoyed and I will be seeking out more books by this author.