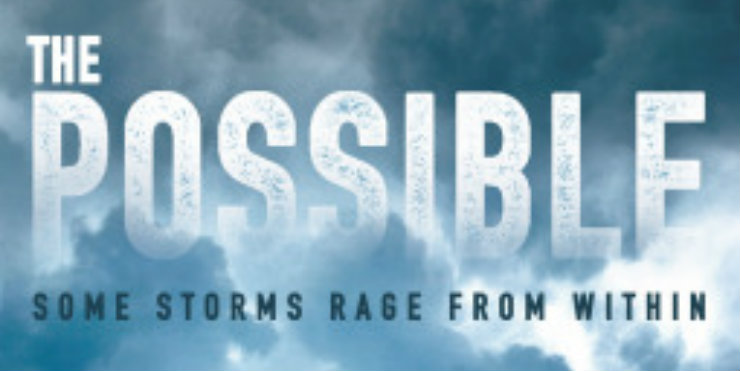 See The Possible in our catalogue

The Possible is the story of a 17-year-old American girl, Kaylee, who was adopted at the age of four by a middle-class couple following the imprisonment of her mother for the murder of her younger brother. Strangely, Kaylee seems to have blanked out the existence of this mother until ‘reminded’ by a journalist who intends to produce a podcast telling the story of the supposed telekinetic powers of the mother and exploring the possibility of the powers, if they exist, being inherited by the daughter.

The story moves along at a reasonable pace interspersed with texts/emails etc between Kaylee, the journalist and Kaylee’s friends, Aiden and Ciara, and the reader initially hardly notices the unlikely scenario being created. However, when the reader closes the book, the questions start to come and the improbability of much of what is included becomes clear. Would someone really not think about their imprisoned mother? Would the school really act the way it does? Why would Kaylee only begin to think about the possibility of inherited telekinetic powers once the journalist questions her? Why do her fellow pupils believe ill of her so quickly? Why would the prison authorities enter into the charade carried out at the parole hearing?

There are too many unanswered and unanswerable questions that undermine the premise of the book. The author rightly concluded that it is impossible to know what is coincidental and what is the result of kinetic power.

For me, the plot of The Possible is too flawed and a good opportunity is missed by the inclusion of so many improbable events and actions. However, far be it from library staff to discourage customers from reading any book, it’s worth giving it a go and seeing if you think differently.