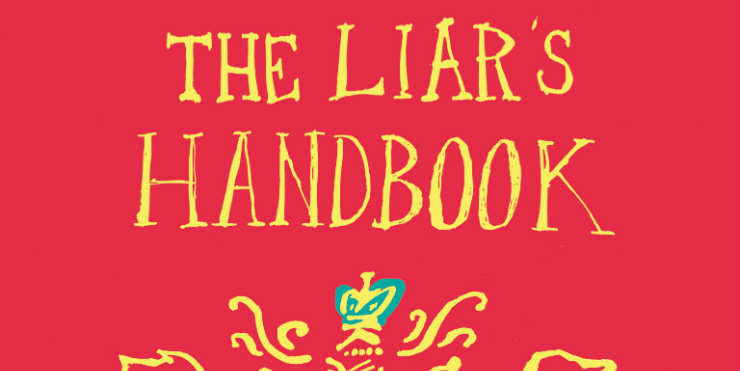 See The Liar’s Handbook in our catalogue

River is a liar - this is not a plot spoiler by the way – but his lies are outrageous, funny and entertaining. No one gets hurt, unless you include the fictional octopus who attacks him on his surfboard!

However, it would seem that River’s mum’s new boyfriend Jason is a much better and more slick liar than River and no one but River seems to suspect that he’s being less than truthful. It’s up to the known liar and storyteller to find out what’s really going on.

Taking the true story of women who had relationships and families with undercover policemen sent in to investigate them as its plot, Keren David weaves a fascinating and intricate story about what happens when the lies unravel. This could be a heavy going and sad story to read but it isn’t and it easily passed the ‘six laugh test’. River is funny, engaging and dogged in his determination to find out what has happened and the pace never lets up.

The Liar’s Handbook is a very quick read and it’s also part of Barrington Stoke’s excellent “super readable” range, designed and printed to be dyslexia and Irlen syndrome friendly. Now if you’ll just excuse me whilst I sort out this octopus!