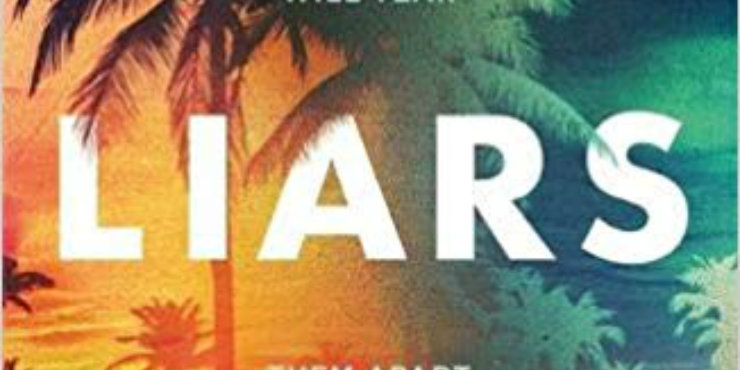 See The Liars in our catalogue

“How can one family have so many secrets?

“It’s the summer of 1986. Joaquin and Elena, two teenage siblings live in a toxic environment with their alcoholic mother on an island off the Texas Gulf Coast. Elena falls for a new boy who has just arrived from California. Joaquin must wrestle with his decision to stay on Mariposa Island to protect his sister or flee from his mother’s abuse.

“As both teenagers struggle to figure out who they are and want to be, they are caught in a web of family dysfunction and secrets from their mother’s past. Can fierce love save them, or will their truth tear them apart?”

The Liars is a very character-driven, psychological YA thriller.

The story itself had me gripped and often second-guessing what was going to happen. The twists and turns throughout the book had me gasping as I found myself being caught up in this tale full of lies and deceit. At times I found it hard to physically put the book down.

The story is told through the viewpoints of Elena, Joaquin and their mother, Caridad. This meant that you really get under the skin of each of them, and I lapped this up. Each viewpoint was unique, and each character’s voice was so distinctive.

However, I think I enjoyed Caridad’s chapters the best, as we got to read first-hand what her life was like before having the children, and when they were babies. Her character was complex and through her chapters you really came to understand where all her problems stemmed from.

The Liars is a brilliant, addictive read full of secrets, shocks and deception that will shake you to your core.