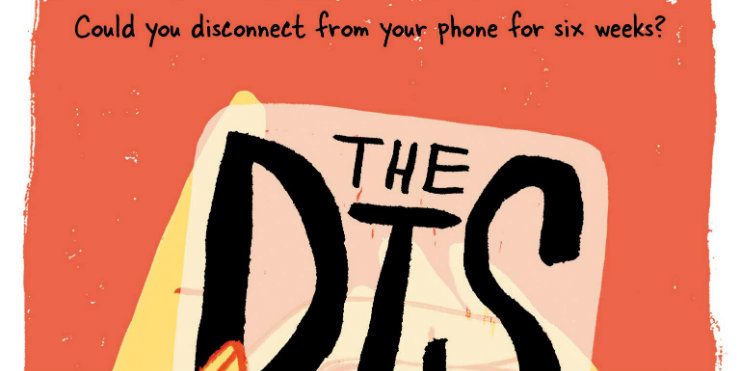 See The Disconnect in our catalogue

“Could you disconnect from your phone for six weeks? An eccentric entrepreneur has challenged Esther’s year group to do just that, and the winners will walk away with £1000. For Esther, whose dad, sister and baby nephew live thousands of miles away in New York, the prize might be her only chance to afford flights for a visit.”

The Disconnect is a short, sweet read that covers a lot in just over 100 pages. Optimised for readers with dyslexia and visual stress, the story is told with ease and simplicity, but everything you need to know is in there. I feel that it would also appeal to people who don’t like big bulky books but still like lots of detail.

The plot draws on a lot of themes that are relevant to young people today. These include the peer pressure to look good for your social media page, as well as the fear of missing out that stems from overuse of social media. The fact that the teenagers within the story were shocked about the idea of going without their phones really does bring home how much we do rely on them for everything. It got me considering whether I could give up my phone for six weeks, and I really don’t know if I could.

Esther was your typical teenage character and you go on a journey with her as she learns to live without the comforts of social media. You go through her fears of missing out, her worries about not being able to contact her family abroad, and the ways her friendships are tested by the challenge. Her character was written in such a way that I could almost feel what she was feeling.

The Disconnect is very thought-provoking despite it being such a short book. Everything that you need to know is covered and it really does leave you wondering if there will be a time when our phones and other technology will end up ruling over us.