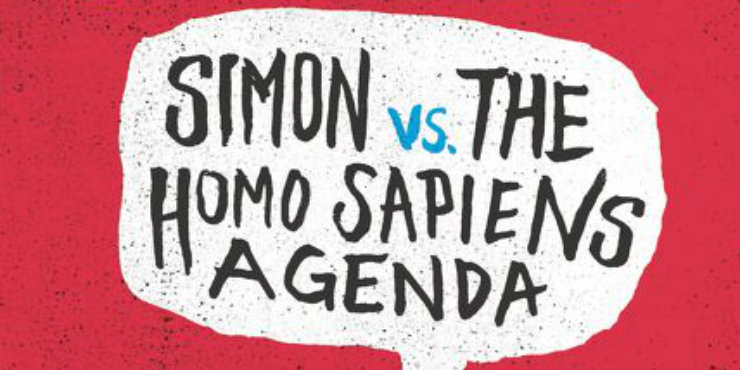 See Simon vs. the Homo Sapiens Agenda in our catalogue

“16-year-old and not-so-openly gay Simon Spier prefers to save his drama for the school musical. But when an email falls into the wrong hands, his secret is at risk of being thrust into the spotlight. And worse still, so will the privacy of ‘Blue’, the pen name of the boy he’s been emailing.

“With messy dynamics emerging in Simon’s once tight-knit group of friends, and his email correspondence with Blue growing more flirtatious every day, Simon’s life suddenly becomes just a little complicated. Now Simon has to find a way to step out of his comfort zone before he’s pushed out - without alienating his friends, compromising himself, or fumbling a shot at happiness with the most confusing, adorable guy he’s never met.”

Although they are very different books, Simon vs. the Homo Sapiens Agenda reminded me of the excellent Wonder, by R. J Palacio, perhaps because they are both based in schools and focus on how the main characters deal with their particular situations. We find out early on that Simon is being blackmailed by someone who knows he is gay, and he has to deal with this as well as finding out who the mysterious ‘Blue’ is.

I loved this book, and would recommend it and its successor, Leah on the Offbeat, to anyone with an interest in LGBT issues.