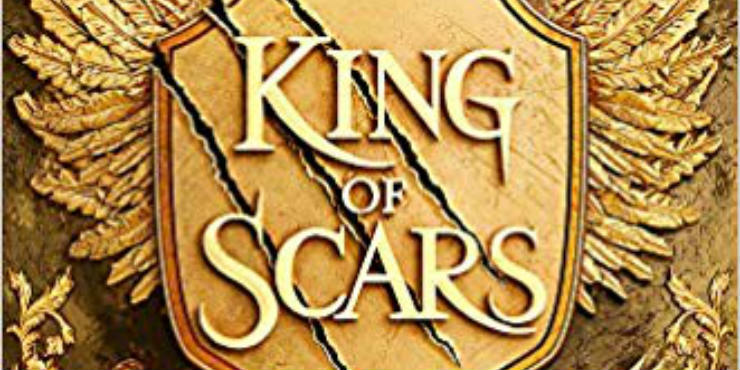 See King of Scars in our catalogue

“Nikolai Lantsov has always had a gift for the impossible. No one knows what he endured in his country’s bloody civil war - and he intends to keep it that way. Now, as enemies gather at his weakened borders, the young king must find a way to refill Ravka’s coffers, forge new alliances, and stop a rising threat to the once-great Grisha Army. Yet with every day a dark magic within him grows stronger, threatening to destroy all he has built.

“With the help of a young monk and a legendary Grisha Squaller, Nikolai will journey to the places in Ravka where the deepest magic survives to vanquish the terrible legacy inside him. He will risk everything to save his country and himself. But some secrets aren’t meant to stay buried - and some wounds aren’t meant to heal.”

Leigh Bardugo can do no wrong.

King of Scars is a masterclass in character work and world-building, seamlessly blending aspects of her existing Grisha trilogy and Six of Crows duology into one incredible book. If you’ve been meaning to pick up her previous books, it might be a good idea to read them first, as there are major spoilers here.

The plot is well crafted, demanding an immediate second reading to pick up on the hints Bardugo has placed in the build-up to breathtaking reveals. The characters’ voices are captivating and well developed, drawing you into this stunning world and story, while the dialogue is snappy and engaging. The romance is subtle and slow-burning, making you root for the various couples and making their relationships realistic and believable.

Bardugo is a master at manipulating language and has a flawless writing style that is just gorgeous. King of Scars is an incredible return to the Grishaverse that exceeds the hype.