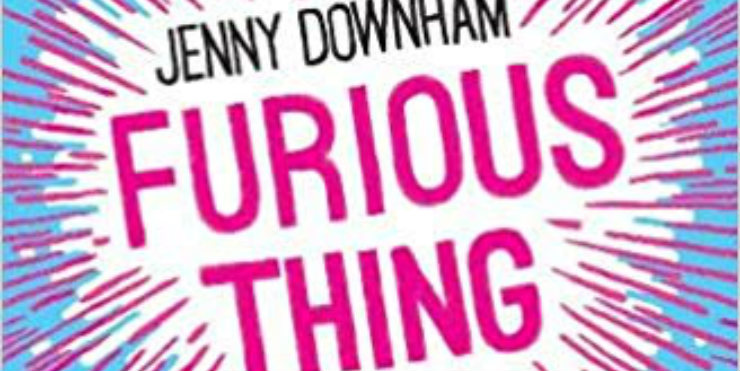 See Furious Thing in our catalogue

“That’s what her stepfather tells her. That’s what she believes about herself.

“But how can she convince herself and everyone around her that her anger doesn’t make her a monster? If only she could stop losing her temper and behave herself, her step-father would accept her, her mum would love her like she used to and her step-brother would declare his crushing desire to spend the rest of his life with her. She wants these things so badly she determines to swallow her anger and make her family proud. But pushing fury down doesn’t make it disappear. Instead, it simmers below the surface waiting to erupt. There’ll be fireworks when it does.”

Furious Thing really taught me about the twisted, insidious nature of gaslighting and emotional abuse, something which I didn’t know a lot about going into the book. This is a brilliant, eye-opening story that will hook you.

The way Downham portrays a mundane family home as having such a toxic, claustrophobic and enabling atmosphere is unnerving. As usual, she tackles the tricky subject of abuse with nuance and sensitivity, allowing grey areas to exist where there are no easy answers. She writes in a an easy, flowing style that pulls you right in and allows you to really engage with the ideas discussed.

Lex is a relatable, realistic character struggling with her own emotions and trying to break a vicious cycle. I really liked her tenacious nature and her strong sense of love and loyalty. Through the story, she learns the true value of her voice and imbues the whole book with righteous anger that I deeply connected with. This is an aptly named book, as it certainly enraged me and pushed me to learn more about gaslighting.

Furious Thing is an emotionally gripping, intensely powerful story that opened my eyes to a devastating issue and deserves to be read by everyone.