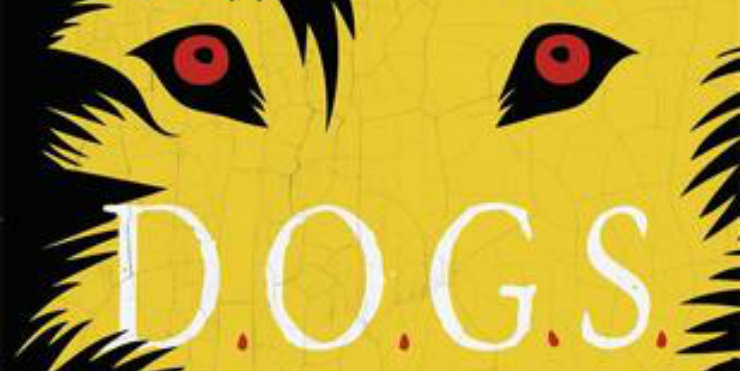 “After the dramatic events of the last few weeks, Greer Macdonald is trying to concentrate on her A levels. Stuck for a play to direct for her drama exam, she gets help from an unexpected quarter: a priceless lost play, buried by time, is pushed under her door. It is Ben Jonson’s The Isle of Dogs, a play considered so dangerous in Elizabethan times that every copy was burned - except one.

“As the students begin to rehearse, events become increasingly dark and strange, and they lead Greer back to where she never thought she would return - Longcross Hall.

D.O.G.S., like S.T.A.G.S., is a darkly entrancing and thrilling examination of privilege, corruption and the insidious hierarchies of society in a boarding school setting that keeps you reading. Although I’m an avid mystery reader, this series manages to constantly catch me by surprise. Bennett gives you an uneasy feeling right from the start by creating an ominous atmosphere riddled with school politics; my inner conspiracy theorist was going wild with several ideas about what was going to happen.

I love the main trio of characters, who develop so much the course of the books. I particularly loved how Bennett managed to fool me constantly and subvert so many tropes; none of her characters are two-dimensional, even if they seem so initially.

The series feels very cinematic, with rich descriptions and plenty of razor-sharp dialogue. I could easily see this as an addictive Netflix series and it helps that main character Greer often makes film references. As a huge film nerd, this helped me connect with her even more.

The endings of both S.T.A.G.S. and D.O.G.S. left me open-mouthed and desperately needing more, so I know that I’ve fallen hook, line and sinker for these books. Bennett has crafted a brilliant, thought-provoking series that I know I will continue to read.