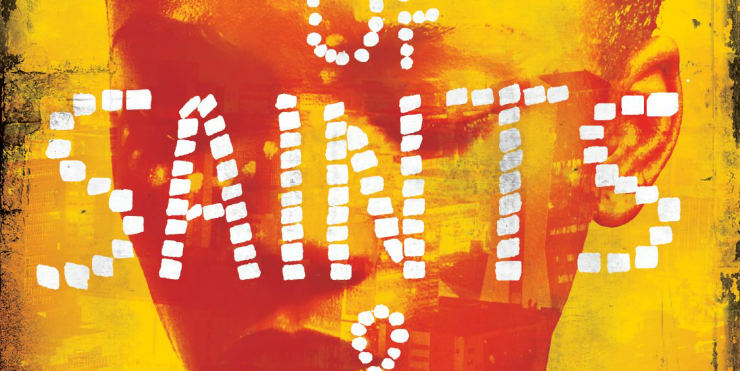 See City of Saints & Thieves in our catalogue

“In the shadows of Sangui City, a street-thief called Tina patiently plots her revenge. Her mother has been shot dead at the home of one of Kenya’s richest businessmen, and Tina is sure she knows who’s to blame.

“When a local gang asks her to steal from his home, it’s the chance Tina has been waiting for. But as she steps inside, old wounds resurface and she is caught red-handed by his son, Michael. The pair set in motion a cascade of dangerous events that could, at any moment, cost Tina her life.

“The desire to uncover the incredible truth about who killed her mother - and why - keeps her holding on.”

This was a book and a half! It was gripping and I felt so immersed in the plot that I could almost feel the adrenaline pulsing in my blood as Tina raced around the streets of Sangui.

The world Tina inhabits unfolds before your eyes as the plot drives on at a relentlessly fast rate. I couldn’t put the book down - I kept telling myself ‘just one more page’, but I needed to know what happened next.

This is definitely a dark thriller, and there are some harrowing scenes of violence and abuse that aren’t suitable for younger teenagers. These dark themes are dealt with very well though and the twists, when they arrive, are a real shock, flipping everything you thought you knew on its head.

City of Saints & Thieves is a real whirlwind of emotions, with a tense, destructive plot. It is incredible to see a debut that is so well-written and has such a beautiful style of description.