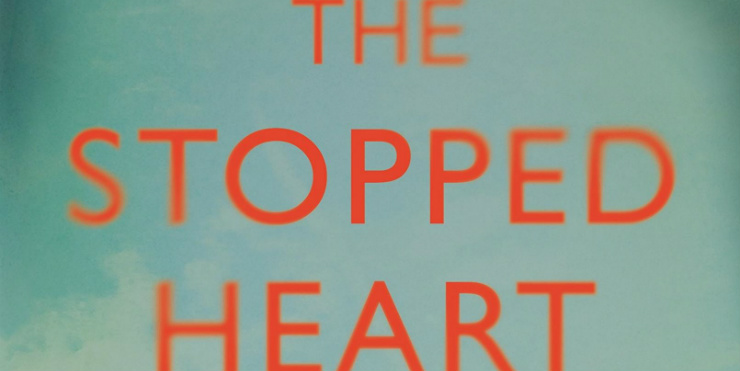 See The Stopped Heart in our catalogue

In The Stopped Heart, two stories intertwine. In the present day, Mary and Graham have moved to a house in the Suffolk countryside following the tragic death of their two daughters. In the 19th century, 13-year-old Eliza and her large farming family’s lives take a dramatic turn after James, a mysterious red-haired stranger, starts working on the farm after he is nearly crushed to death by their tree during a storm.

The Stopped Heart is a brilliant novel I was reluctant to finish. It features the kind of paranormal occurrences I really enjoy reading about: ghostly apparitions, timeslips and a small child talking about people and events she could not possibly have any knowledge of and seeing things other people can’t.

I thought that Myerson’s frequent alternating between the two stories worked well, especially because they were linked by location and ghostly apparitions. I found the novel very difficult to put down due to the author’s technique of releasing information sparingly over the course of the book; I wanted to read on to find out more about Mary and Graham’s lost daughters in particular. Lots of Suffolk locations are mentioned in the book - Framlingham Library gets a reference!

There were some disturbing, graphic scenes, and I’d warn more sensitive readers to be aware of those. I did feel that these were necessary as they served to build up James’ menace, threat and evil very well, heightening the tension until his final, shocking acts of violence.

Overall, The Stopped Heart is a particularly eerie and resonant example of a ghost story, but it also works well as a novel as Myerson has masterfully created an excellent cast of complex characters, skilfully weaved two rich stories together, and keeps surprising the reader throughout.