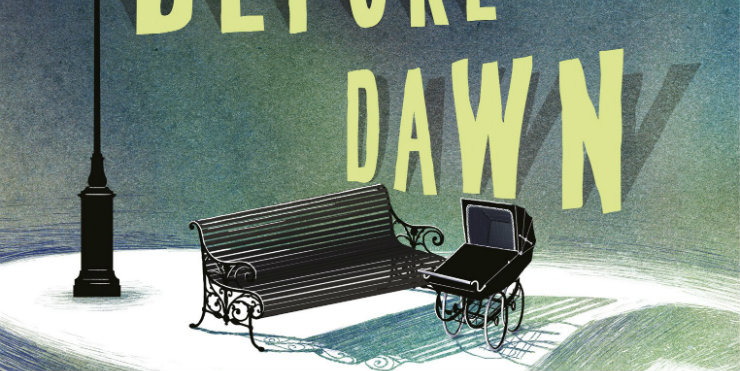 See The Hours Before Dawn in our catalogue

“Louise Henderson is a young housewife and mother, trying her best to tend to a husband, two small daughters and a constantly crying baby. Her fatigue is such that she fears she is nearing psychosis; and she can’t help but feel that a new lodger in the house, a seemingly respectable schoolmistress, poses a threat to her and her family.”

The Hours Before Dawn is a menacing and very cleverly written psychological thriller, and an excellent reflection of 1958, when it was written.

The book is very descriptive. It is set in a familiar domestic setting of the period, and the author’s apparent focus on the innocence of domesticity and family, and her perceptiveness of the demands on young mothers, makes the story more sinister. This is a mother trying to cope with extreme exhaustion while meeting all the conflicting needs of husband, children, baby and neighbours.

The story builds towards a chilling climax. It is also, however, very funny in parts with laugh-out-loud descriptions. The humour is cleverly used to amplify the menace in this psychological thriller.

The women in the book are strong characters, particularly the central character of Louise, (even though she is described by her mother-in-law as ‘a doormat’!) The depiction of her two children is very realistic. By contrast, the male characters are weaker.

We were moved to discuss a wide range of subjects, including memories of our own childhoods and reflections on how life today for women and children contrasts remarkably with those of the time of the book.

The Hours Before Dawn is a very well-written book. It is scary, a real page turner, and a quick read from an author who deserves to be remembered.