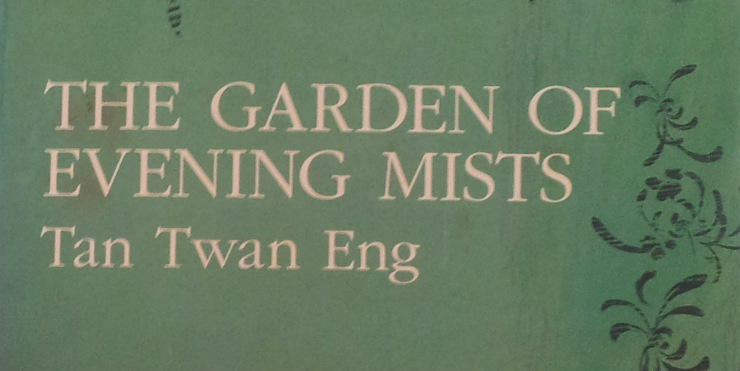 See The Garden of Evening Mists in our catalogue.

“In the lush highlands of Malaya, a woman sets out to build a memorial to her sister, killed at the hands of the Japanese during the brutal Occupation of their country. Yun Ling’s quest leads her to The Garden of Evening Mists, and to Aritomo, a man of extraordinary skill and reputation, once the gardener of the Emperor of Japan. When she accepts his offer to become his apprentice, she begins a journey into her past, inextricably linked with the secrets of her troubled country’s history.”

This beautifully written book is set in a tea plantation in Malaya and covers 3 stages of the life of the main character including her time imprisoned by the Japanese during the Second World War. The language and descriptions are exquisite and very visual, particularly those of the garden.

The book makes an excellent choice for a book group as there are lots of things to discuss, including the setting of a period of history not often known or written about. Very thought provoking with its interplay of relationships, this is not a book which can be read in a rush, but needs a lengthy period of time to enjoy it.

Recommendation: It is well worth the investment of time as this is an exceptional book whose visual imagery and beautiful language linger long in the mind.