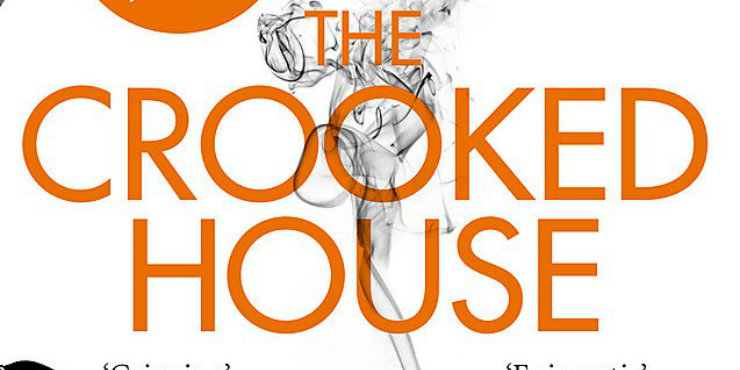 See The Crooked House in our catalogue

“Alison is as close to anonymous as she can get: with no ties, no home, a backroom job, hers is a life lived under the radar. She’s a nobody; she has no-one and that’s how she wants it.

“But once Alison was someone else: once she was Esme Grace, a teenager whose bedroom sat at the top of a remote and dilapidated house on the edge of a bleak estuary. A girl whose family, if not happy, exactly, was no unhappier than anyone else’s - or so she thought. Then one night a terrible thing happened in the crooked house, a nightmare of violence out of which Alison emerged the only witness and sole survivor and from which she has been running ever since.

“Only when she meets academic Paul Bartlett does Alison realise that if she’s to have any chance of happiness, she has to return to her old life and confront the darkness that worked its way inside her family and has pursued her ever since.”

The Crooked House is set in Bradwell, near the River Crouch Estuary, where there is a power station and an ancient chapel. Christobel Kent has created a deeply engrossing thriller by depicting it as an isolated area with a menacing, claustrophobic atmosphere, although I do wonder how the residents reacted to the sinister portrayal of the area and characters!

Through Alison’s search for answers about the killing of her family, she discovers truths which are truly shocking, and that people she trusted either lied or may have had a motive for murder.

After reading this hugely enjoyable thriller, I will certainly be reading more novels by this author. I hope it is adapted for a TV series or film.