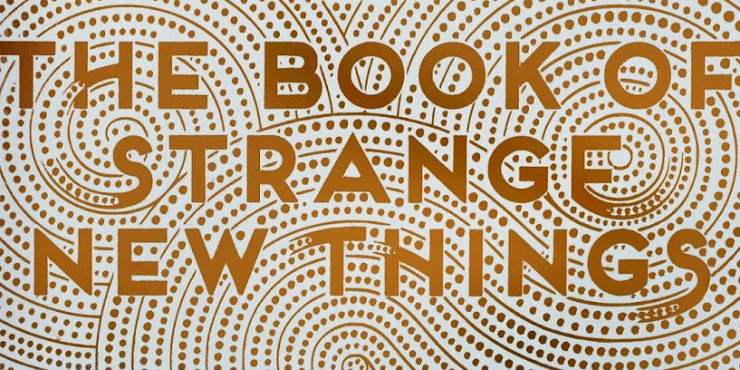 The Book of Strange New Things is a compelling science fiction novel. Set in the not too distant future, it tells the story of Peter Leigh, a Christian minister who is recruited by a dubious and mysterious corporation called USIC to travel to a recently colonised planet to work with the native population.

This seemingly benign world slowly reveals itself through Peter’s inquisitive and trusting nature as he struggles to fit in with the indifferent human personnel who are almost as unknowable as the secretive natives. This creates a constant sense of foreboding and makes it such a compulsive and addictive read throughout.

Added to this tension is the fact that Peter had to leave his wife behind and can only communicate to her through a basic form of email. Through her we learn that life on Earth is deteriorating but far from feeling he has to rush back Peter becomes increasingly detached from reality as he immerses himself in his mission and the intriguing world of the natives who crave for the wisdom of The Book of Strange New Things.

Order The Book of Strange New Things from our catalogue →