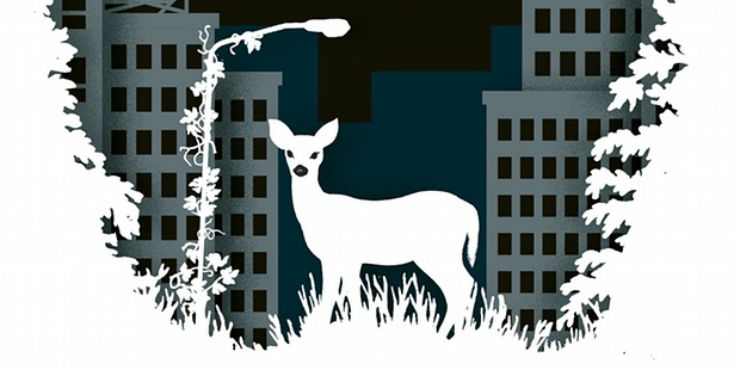 Station Eleven is an award winning novel by Emily St. John Mandel that focuses on the survivors of a devastating flu pandemic. This includes an actress called Kirsten who performs to scattered settlements in North America with The Travelling Symphony and who is particularly haunted by the time she spent with Hollywood actor Arthur Leander who mysteriously dies on stage the same night the deadly virus arrives in Toronto.

This event acts as a pivot for the novel that switches deftly between the life of Leander, the final hours as the scale of the pandemic is realised and the progress of the symphony as they search for lost friends and clash with the menacing prophet. This enigmatic novel makes you reflect on everything we take for granted while exploring further than the usual dystopian nightmare: In year Twenty it appears that the worst is behind them and that life can move forward again but there is also a sense that the ‘old world’ mustn’t be forgotten, that the survivors must somehow record what happened for future generations.

Order Station Eleven from our catalogue →