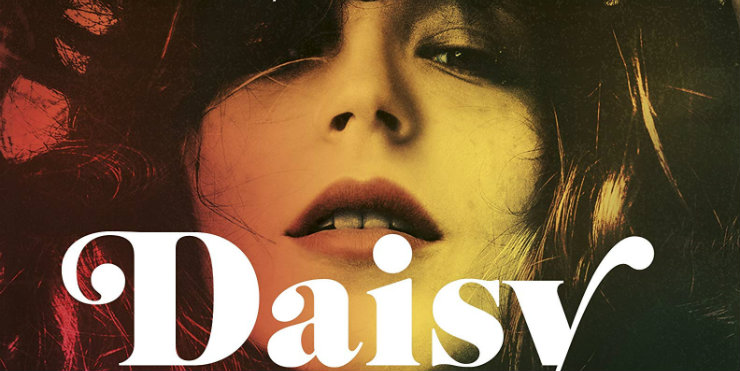 See Daisy Jones & The Six in our catalogue

“Daisy Jones & The Six rose from the 1970s LA music scene to become one of the biggest bands in the world. They sold out arenas from coast to coast. Their music defined an era and every girl in America idolised Daisy. But, in 1979, on the night of the final concert of their tour, they split. Nobody ever knew why. Until now.

“This is the whole story, right from the beginning: the sun-bleached streets, the grimy bars on the Sunset Strip, knowing Daisy’s moment was coming. Relive the euphoria of success and experience the terror that nothing will ever be as good again.”

Daisy Jones & The Six is a story in two halves that ultimately converge. We follow both Daisy Jones, beautiful enigmatic soul singer, and rock band The Six with a whole cast of contrasting characters including frontman Billy, who struggles with drug addiction and alcoholism and balancing his rock ‘n’ roll lifestyle with his family. Taylor Jenkins Reid really excels at creating characters you can’t quite believe are fictional, and this newest release is no exception.

It’s written in a really unique format, as transcribed interviews, which really gives each character a unique voice. Events are recounted by different band members with often very contrasting views on what happened, which leaves it up to the reader to piece together a true perspective.

The story is inspired by bands such as Fleetwood Mac and the behind-the-scenes strife that lead to their disbanding. If you’re a lover of music or if you love fiction that explores emotions and relationships, then this one will be a great read for you.