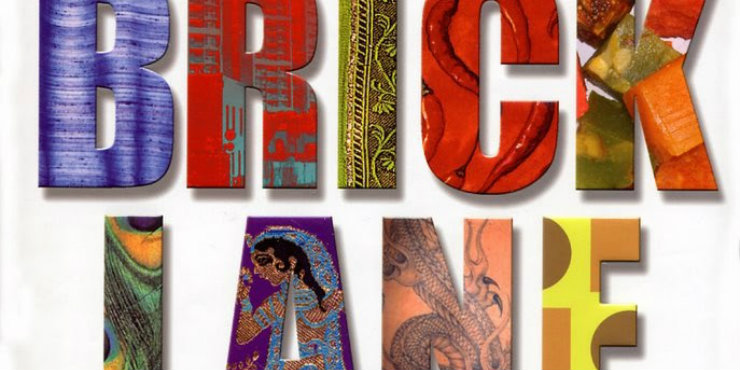 See Brick Lane in our catalogue

“Still in her teenage years, Nazneen finds herself in an arranged marriage with a disappointed older man. Away from her Bangladeshi village, home is now a cramped flat in a high-rise block in London’s East End. Nazneen knows not a word of English, and is forced to depend on her husband.

“Confined in her tiny flat, Nazneen sews furiously for a living, shut away with her buttons and linings - until the radical Karim steps unexpectedly into her life. On a background of racial conflict and tension, they embark on a love affair that forces Nazneen finally to take control of her fate.”

Brick Lane is a really good read which we all enjoyed very much. It is a long read at 492 pages, and although it is a little slow in parts, the writing is so sensitive, descriptive, subtle and humorous that the reader is hooked in and wants to read on to see what happens.

While the story begins in London in the mid-1980s, was published in 2003 and covers the intervening years, many of the issues it covers are still relevant today. It sparked discussions about arranged marriages and the role of women. We particularly found a lot to say about the clash of cultures experienced by young people who are born in England but grow up in a more traditional home environment.

The female characters are all strong and develop in different and fascinating ways, while the male characters are far less likeable. We were startled by the contrast between Nazneen’s story and that of her sister in Dhaka, and shocked by the conclusion, though the subtlety of the writing is such that Ali leaves it to the reader to realise what had happened.

Brick Lane is a powerful, enjoyable, well-written book that covers issues that are still relevant 16 years after it was published. It is eminently suitable for a book group prepared for a long read.